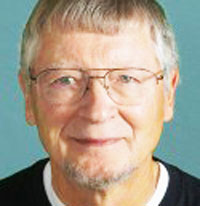 The parents of Leonard N. Neufeldt arrived only months after 86 European immigrants settled in Yarrow and created a thriving Mennonite community in 1928 between Vedder Mountain and Sumas Mountain. Born and raised in the Dutch-German-Russian Mennonite hamlet, Neufeldt fondly remembers Yarrow’s public library down the street, as well as “our raspberry fields, the music in our church, and the school and its playground across the street from our home.” Leonard Neufeldt’s grandfather and father had both been placed under arrest by Bolshevik agents for transport to the Gulag, but they escaped to Canada via Spain, Cuba and Mexico. His maternal grandmother accounts for his Ashkenazic connection. Leonard Neufeldt is acutely aware how Yarrow has been unable to offer most of its young people career opportunities. “The 1950s witnessed a modest but gradual decline in the Mennonite population,” he writes, “the 1960s a precipitous one.” Edited by Leonard Neufeldt, Before We Were the Land’s (2002) and Village of Unsettled Yearnings (2002) both recall Yarrow’s origins. His poetry collection, Raspberrying (1991), recalls how refugees from Stalin’s Soviet Union came to the Fraser Valley to grow fruit, serve God and preserve their ethnic culture. It was followed two years later by a collection simply entitled Yarrow.

Neufeldt’s scholarly essays and books have appeared with Cambridge University Press, Oxford University Press and Princeton University Press, among others. More recently his seventh book of poetry, Painting Over Sketches of Anatolia (Signature 2015), reflects life both Turkey and coastal B.C. Neufeldt considers “wars, revolutions, the Holocaust, obsolete belief systems, Alzheimer’s and ever-present potentialities of the autistic as well as the illusory in the spoken or written word.” How to Beat the Heat in Bodrum (chapbook of original poems). Alfred Gustav Press, 2010.

Before We Were the Land’s (co-author and editor). Horsdal & Schubert, 2002. Heritage Award.