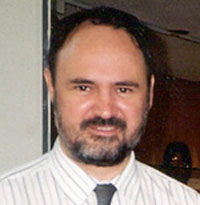 Born on March 9, 1949 in North Vancouver and raised in West Vancouver, John Twigg wrote the original text for one of B.C.’s bestselling books, The West Coast Trail and Nitinat Lakes (Sierra Club, 1972), with Ken Farquharson. Due to the frequency of shipwrecks and other maritime accidents on the turbulent West Coast of the Vancouver Island, a rudimentary trail was required for emergencies. This path was originally known as the Dominion Lifesaving Trail. It runs from Port Renfrew on the south end to Bamfield on the north end. It is officially open for hiking from May 1 to September 30. The Sierra Club of British Columbia was formed in 1969 by individuals concerned about preserving wilderness areas in British Columbia. John Twigg had the notion of making the hike on the West Coast Trail and writing about it when he was an up-‘n’-coming reporter for the Vancouver Sun, having attended UBC and worked for the Ubyssey newspaper. He later became press secretary to Dave Barrett during his NDP premiership. Having written the first guidebook, he was instrumental in the preservation of the West Coast Trail by lobbying then Lands, Forests minister Bob Williams of the NDP who negotiated the deal. The guidebook has since been updated and reprinted many times and John Twigg’s name no longer appears on the book.

Additionally, he contributed the ‘Fantasy Gardens’ chapter for his brother Alan’s book, Vander Zalm: From Immigrant to Premier (Harbour) and he revealed a financial arrangment between Premier William Vander Zalm and businessman Peter Toigo that contributed to Vander Zalm’s political ouster. As well, he edited and helped rewrite the final version of his father’s self-published book, Union Steamships Remembered, which sold out its print run and became a collectors’ item. While press secretary to Premier Dave Barrett he was instrumental in a decison to provide provincial support for members of the Association of B.C. Book Publishers of B.C. (at the end of Barrett’s tenure) and he designed the news conference theatre in the B.C. Legislature, still used more than four decades later, and known informally as the John Twigg Memorial Theatre until he returned to the Legislature as a journalist in 1986.

After Dave Barrett’s NDP administration lost a provincial election, John Twigg and his wife Merran Twigg moved to Saskatchewan where he became business editor of the Regina Leader-Post. He remarried and lived in Victoria in the 1990s when he published John Twigg’s Report On B.C., a newsletter on B.C. politics and economics. He subsequently moved to Oyster Bay on Vancouver Island, then to nearby Campbell River, where he continues to comment on politics and social issues for various B.C. media.