You are also what you don’t eat 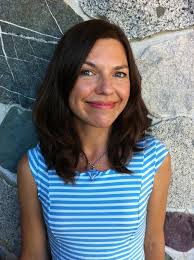 Paula Ayer rebelled against her Canadian sausage-making family at age 15 by going vegan. Her husband, raised by Hindu vegetarians, physician rebelled by eating meat. Family dinners were interesting, to say the least. Now Ayer’s first picture book, Foodprints: The Story of What We Eat (Annick $26.95), for ages 12 and up, examines our food supply and production in a concise and informative way. Topics include history, science, marketing, and economics as well as tips regarding what is good for you. For the most part, Ayer manages to stay remarkably neutral about the industrial producers who have brought us genetically modified food, pesticides and inhumane cages in which many food animals spend most of their lives. Ayer, a Vancouverite, has worked as an editor, translator, researcher and art director. 978-1-55451-719-0