Wake up and smell the murder

In A Nose for Death (Thistledown), Glynis Whiting's debut novel for her Nosey Parker mystery series, Dr. Joan Parker is a chemist who uses her superior sense of smell to solve a murder committed at her high school reunion. And so "nosey Parker" begins her career as a detective. 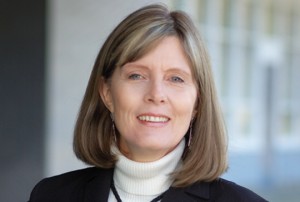 Glynis Whiting has been writing professionally for over thirty years. For the past twenty years her focus has been writing, capsule directing, no rx and producing documentary films, vialis 40mg such as the award-winning Weight of the World and Worst Case Scenario. She is now working on the second of the Nosey Parker Murder Mysteries.

In her first, but probably not her last, murder mystery, Glynis Whiting gets it right straight out of the gate. It’s hard to imagine a more perfect setting for a murder than a high school reunion. After all, reuniting with classmates of twenty and thirty years ago is largely an indulgence in what the Germans call schadenfreude— a shameful pleasure in the misfortune of others—especially if you were scorned by the cliques whose influence dominates a teenage social life totally centered around school. Don’t we all want to see the Bitch Prom Queen packing fifty extra pounds of lard into a party dress and the Lothario of the locker hall reduced to a beer-bellied four-eyed schnook with a bald spot you could land a jumbo jet on? We sniff at the details of their bankruptcies, affairs, divorces and substance abuse issues like dogs around a ripe trash can.

In A Nose for Death, Joan Parker is the Girl Least Likely to Make Good who actually did. Gifted with olfactory receptors a cut above the normal curve, Joan is one of those people, like winemakers and coffee tasters, who makes her living with her nose, analyzing and developing new flavors for a corporate food conglomerate. She’s a corporate star and if her personal life is a little rocky as she enters middle age, it’s still a long way from Madden, a town so small Kamloops was the big smoke, where she endured daily humiliations as the daughter of an improvident father who died early, forcing her mother to work as a chambermaid at the local hot sheets motel while Joan had to quit school to pull graveyard shifts at a gas bar owned by the father of the high school queen bee.
Since she didn’t graduate and only later went back to school, driven by an interest in the chemistry of scents, Joan assumes her invitation is either a mistake or a ploy by someone to tap a successful alumnus for a donation. But for the chance of meeting her fellow high school outcast best friends, Hazel and Gabe, she’d leave Madden and those years in the cardboard box in the attic of her memory where they belong. But Whiting has tapped into the fact that the feelings you had for people when you were that age never die. Joan decides to go to the reunion, only to discover that the bad feelings you had about people when you were that age are just as persistent and the wounds are just as fresh—except that now they can prove fatal.

Her high school best friends, Hazel, now an out-front lesbian living in San Francisco, and Gabe, the former anarchist punk turned RCMP officer in charge of the Madden detachment, both have conflicted personal lives and her old arch-enemy Marlena, gym-buffed in pursuit of perpetual youth, is still the spoiled brat queen bee of Madden society. Worst of all, the town’s one-hit-wonder band, Rank, has re-formed to play the reunion dance. Roger, the band’s singer whose failed attempt at a solo career has dragged him through every sewer between Madden and L.A. and back, is as odious as only a small town star that has sunk to the level he merits can be. He and Joan have history, as they say, and it’s not the stuff of romantic memoir.

By the time the first evening meet-and-greet winds up, scabs have been ripped off all over the room and everyone’s Inner Teenager has re-emerged, literally with a vengeance. After such an event, most people reassume Adult form when they retreat to their hotel rooms, ask themselves what they were thinking when they accepted the invitation to an occasion so fraught with unresolved emotions, have a nightcap and go to bed. But for someone in the class, that’s not going to be enough. It’s hard to review murder mysteries without inadvertently dropping spoilers. I’m not going to, because A Nose for Death is too good a read to wreck by giving away more of the plot. Whiting does an uncomfortably fine job of creating characters most of us born between 1950 and 1970 will recognize at a glance, especially if you grew up in a small town. She makes effective use of Agatha Christie’s device of confining her characters to a small stage, (isolated country house, moving train, tour group etc.) without the obvious contrivances Dame Agatha and her imitators often resorted to in purely plot-driven mysteries. But modern mysteries, from Raymond Chandler to P.D. James and Ruth Rendell, are driven not by plot, but by character, and Whiting creates characters as familiar as the people we all went to school with.

Mystery writers fly under flags as false as their characters. Posing as mere purveyors of generic ‘entertainments’—a description Graham Greene used to describe some of his best novels—they have been our most perceptive and influential social critics. When the genre emerged in the late 19th and early 20th centuries, they zeroed in on the class system in Britain and the meritocracy of money in North America, using genre fiction to expose ‘the best people on their worst behavior’ and captivated mass audiences for hours in a way no socialist demagogue could for five minutes. By the middle of the 20th century, mystery writers shifted their aim to society at large, exploring the dark emotional underside of ordinary people, their own neighbours, under extreme stress, masked by the uniform civility of suburban life.

Baby Boomers are supposed to be the most self-obsessed navel-gazing generation in history, yet surprisingly few novelists from that generation have made use of the plot device of having the chickens of political, social and sexual revolutions come home to roost. By using the device of the high school reunion, Whiting successfully captures and juxtaposes the changed values of two distinct eras in her characters’ lives. Though Whiting makes use of Joan’s ‘professional nose’ as a plot device in the novel, she doesn’t make it a cheap trick to resolve the plot. A Nose for Death is really about the people in a small town in B.C., how they were in their youth and what they have become as adults. Ultimately, that’s much more interesting than the murder plot and that’s the sign of a good novel. 978-1927068403

[Also a novelist, John Moore has contributed book reviews to publications for more than twenty years.]

THE ORIGINAL NOSEY PARKER:
Matthew Parker, the 16th century Archbishop of Canterbury and Dean of Corpus Christi College, had an insatiable curiosity and, thus, became known as the first “Nosey Parker.” His addiction to collecting books resulted in the largest library at Cambridge University. Glynis Whiting, who took this photo, is now working on her second Nosey Parker Murder Mystery, having written, directed and produced more than twenty documentary films. Based on her manuscript for A Nose for Death, Whiting received the Mayor of Vancouver’s Emerging Literary Artist Award in 2012.

TEN FACTS YOU MAY NOT KNOW ABOUT YOUR NOSE:

1. Smell is the oldest sense. The olfactory bulb is seated in the most primitive area of the brain. Sea creatures survived by smelling their environment long before they could taste, see, hear, or touch.

2. Every human has a unique smell, the same as a fingerprint.

3. Moisture helps disperse scent molecules, which is why we notice the fresh smells after it rains. A moist nose keeps a dog’s sense sharp. But a wet snout is not the only reason that canines sniff so well. Dogs detect scents at concentration levels 100 millions times lower than humans!

4. Women are more likely to detect aromas than men. Studies using MRIs have shown that women can smell when a man is sexually aroused or frightened. Incidents of “intuition” are often traced to the sense of smell. In an area of the brain the size of a thumbnail, humans can process ten thousand different scents, but are unaware of most of them.

5. Our sense of smell is most powerful when we are hungriest. Between seventy-five and eighty percent of what we “taste” is detected though smell.

6. Zinc helps to improve the sense of smell. It’s no coincidence that oysters, very high in zinc, are touted as an aphrodisiac.

7. Studies have found that the scent of donuts is one of the most powerful sexual aroma stimulants to men.

8. Smell is referred to as our memory sense. The olfactory bulb is located next to the area of the brain responsible for memory. One sniff of a scent from our past can resurrect long-buried memories. (If you’re studying for an exam, trying chewing a fragrant gum then chew the same gum in the examination room. That minty-freshness might just score you an A+.)

9. We can improve our sense of smell; take a brisk walk, stay hydrated, sniff a strong odour for several minutes each day. But beware of foul smells. Extended exposure to the compost pail, the outhouse, or other stinky aromas will impair the sense of smell.

10. The best news for last. Smell doesn’t normally deteriorate until we reach our seventies, long after our sight, hearing, and taste have faded. It’s one of the last of the senses to go.

2 Responses to “Wake up and smell the murder”