The pride of McBride 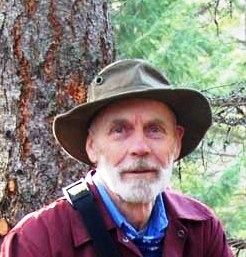 Self-publisher Lloyd Jeck, age 87, was born in McBride, British Columbia in 1931. He attended a one-room school and learned to write with a dip pen on which there was a replaceable nib. On days when the winter temperatures dropped well below freezing, sometimes as cold as minus fifty Fahrenheit, the ink in the small bottle on the desk would be frozen. During those chilly mornings, the task of writing a book never entered his mind.

Growing up on the family farm and, at an early age, taking part in his father’s forestry activities, set a template for an active outdoor life. After forty-eight years in the McBride area, Lloyd began moving around central B.C. with his wife Evelyn and growing children. In 1996, he retired from a position as Area Manager, Roads and Bridges, with the Ministry of Transportation and Highways. Other activities have included logging, sawmilling, land development, farming and tourism.

Jeck’s parents were both born in Volhynia, Ukraine (his father in 1892; his mother in 1893). His father, Adolph, was the first child born to Wilhelm and Anna Jeck; his mother, Maria, was the ninth and youngest child of Ludwig and Louisa Henkelmann (in Canada this spelling slowly evolved into Hinkelman). The Jecks and the Henkelmanns were part of a large group that immigrated to Canada in 1894. They settled in Alberta a few miles south-east of the current city of Edmonton. Adolph and Maria grew up in the same community and were married in 1912. By 1925 this young couple, with five children, moved across the Rocky Mountains to British Columbia onto a quarter section of land near the town of McBride. Four more children were born in B.C., including Lloyd in 1931, followed by one more sister in 1936. All attended classes in a one-room school a mile away.

Growing up, Lloyd operated a trap-line during his elementary school years. He hand milked seven cows when at age sixteen when he rented the family farm. Soon thereafter he partnered with a brother to operate a small sawmill for nine years. He later became Area Manager, Roads and Bridges, for the Ministry of Transportation and Highways at Vanderhoof, retiring from this position in 1996.

In 2000, Lloyd, and his wife, Evelyn, established Majeck Publishing to self-publish his first book. The name “Majeck” was chosen by using the surname, preceded by initials of Lloyd’s mother and father.

In the foreword to Jeck’s first book, In the Shadow of the Peaks: Rocky Mountain Tales (Penticton, B.C.: Majeck Publishing, 2000), Dave Moon writes: “…Lloyd has not really written an autobiography. Instead he has written about a place and a time. Whether consciously or unconsciously, Lloyd tells a story of the times and places of the Robson Valley through the eyes of one individual (himself), and in doing so he successfully conveys the reality of a period in our history. The characters, while important and real, are simply the medium through which the times and the valley express themselves in the eyes of the author”.  This 192 page, soft-cover book contains 55 images and was self-published with a first printing of 600 copies. Soon after he financed a second printing of 1,000 copies.

His second book is a compilation of “then and now” stories about five pioneering explorers who came to the province ahead of railways and highways, British Columbia Trails Heading North (Clearwater, B.C. Majeck Publishing, 2011), with 259 pages, including images and an index. The “now” sections contain his own contemporary experiences and observations.

In 2015, Llyod Jeck’s son, Neil Jeck, was diagnosed with pancreatic cancer. For many years Neil Jeck had dabbled in writing what as been referred to as “Cowboy Poetry” but had never published any of his material. In conjunction with the RCMP Veterans’ Association, father and son produced Chips from My Axe (Clearwater: B.C. Majeck Publishing 2017), a 174-page publication that appeared three weeks before Neil died on June 10, 2017. 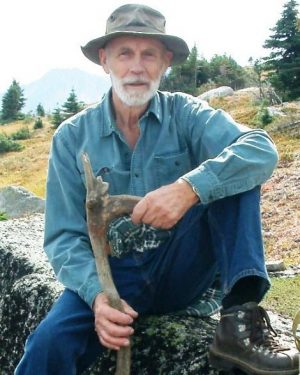