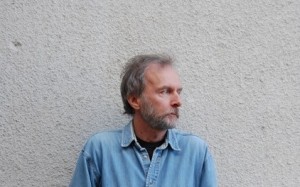 When we learn something new, diagnosis we get pleasure pings in the brain.

Performed with only a cardboard box and two benches, Inside/Out by ex-con-turned-professional-actor Patrick Keating certainly qualifies as a minimalist one-man show—it’s an intimate 80-minute encounter in a funky, small venue—but it succeeds as theatre beyond personality because it invites us to learn a great deal, in a short period, about a very different world.

There are plenty of pings per minute as we learn the details of what it’s like to survive in various Canadian prisons for long enough that it becomes extremely uncomfortable for an incarcerated person to accept both kindness and freedom.

With a well-honed script, Keating wisely eschews a ‘woe is me’ narrative in favour of non-dramatized tidbits, anecdotes and observations about his fellow inmates, institutional procedures and survival techniques inside the joint. There are lots of amusing recollections, but few lines are laugh-out-loud funny. Similarly, there are a few alarming revelations, but nothing horrific or jaw-droppingly cruel. Keating’s story and his presentation, from the get-go, convince us that he’s nothing special. He is speaking from the perspective of a typical prisoner. One could make an argument that his approach to drama is very Canadian in a classic Who-Do-You-Think-You-Are? kind of way. Inside/Out is a pleasing experience largely because Keating is a moderator for reality, not an exploiter of it.

He never raises his voice. He never hopes for, or expects, sympathy. His self-contained and calm demeanor encourages the audience to literally lean towards him. In this way, Keating’s deliberate reserve gives Inside/Out its own peculiar style. Because he does not go out of his way to focus attention on himself, his plight, his feelings, it’s more like we we’re watching someone through a one-way mirror, the way cops spy on people when they are being interrogated.

This comfortable voyeurism—watching one man in a theatrical cell of self-confinement—is further enhanced by the smart choices made by the director (and dramaturge) Stephen Malloy. With the audience split into two opposing sections, just like Pacific Theatre, it’s impossible for an actor to cater to one side of the audience without alienating the other, so Keating spends much of his time addressing the walls of East and West while the audience watches from North and South.

The audience relaxes. We don’t have the uncomfortable feeling that we are only seeing half of a play. Instead we are more like someone sitting in a jury. We are watching the show on the sidelines, like at a football game. We drop the expectation that a one-man show is supposed to engage us face-to-face. We watch. We listen. We learn.

Near the outset of his monologue Keating describes how he learned to avoid being selected to answer questions in the classroom from his teachers. In essence, he taught himself to keep a low profile. This chameleon technique was further developed in prison where everyone must build and protect their own privacy turf in order to avoid confrontations and trouble.

Actors are supposed to draw attention to themselves, to heighten and galvanize emotional situations; whereas Keating—the artful dodger—has an unusual charm as an actor because he has worked at the art of being anti-flamboyant. Inside/Out, as a result, makes for a strangely original evening. Inside/Out is a carefully non-emotional show. With its restraint, there is dignity.

Criminal behavior is too frequently glorified in our culture by Hollywood gangster movies, just for starters. Much to its credit, Inside/Out does not romanticize criminality in any way. It is mostly about survival behaviour. We are not pulling for Keating to escape from prison—because, after all, we can see for ourselves that he eventually ‘got out’. Instead we are simply learning what it takes to endure and cling to one’s sanity.

This production benefits from satisfying lighting design from the dependable Itai Erdal and intelligent sound design from Kate De Lorme. The script was brought to fruition over years rather than months, so Stephen Malloy and the theatre community can take some of the credit for a smart script that could serve any solo actor, not just Keating.

Mainly incarcerated back east, Keating got himself transferred to B.C. where he was able to participate in a production of Alfred Jarry’s Ubu Roi in Matsqui Prison, part of a venerable rehabilitation program that was kickstarted by Leon Pownall who directed an unforgettable behind-bars production of Threepenny Opera in the late 1970s.

Matsqui’s theatre program was the key that Keating needed to escape from crime and punishment, landing to roles in X-Files and Da Vinci’s Inquest, etc. During his monologue Keating lets us know that the Matsqui Prison theatre program has been curtailed as a frill by the Harper government. (Nonetheless we still have an unusually tolerant society that enables an ex-convict to receive grants from both Canada Council and BC Arts Council as a neophyte playwright.)

The ending still needs work, but that’s a quibble. More problematic is the fact that we are told next-to-nothing about how the heck Keating got into the labyrinth; at age 60, he’s tight-lipped (in the play) about his crimes and convictions. We are led to assume he attempted some bank robberies, but his criminal record is a mystery. It’s not clear how long he was in prison, how old he was when he left prison in his wake, and who supported him when he got out.

This could be a prudent approach. We have to like or at least respect Keating in order to accept him as a guide through the chilling and often ludicrous underworld of the Canadian penal system. But once we leave the theatre, it dawns on us the playwright might not have been telling us the truth, the whole truth, and nothing but the truth.