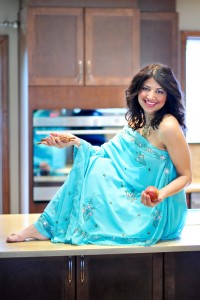 The seven-minute speeches made at the Queen Elizabeth Playhouse for the ongoing Public Salon series could all too easily be described as TED Talks for Vancouver.

We prefer the description poet and philanthropist Yosef Wosk offered to Salon host MLA Sam Sullivan and his co-producer Lynn Zanatta. The heartfelt and articulate essays on adrenaline on The Playhouse stage constitute “speed dating for ideas.”

However you look at it, the semi-chic evening programs presented by the Global Civic Policy Society constitute a success story on and off the stage. Since November of 2009, there have been seventeen Salons, usually with eight or nine speakers each time.

The on-stage performances are broadcast on Shaw TV; off-stage they generate an ever-widening social whirlpool that helped Sullivan, the ex-major of Vancouver, get elected in the last provincial election.

Sullivan, a B.C. history buff, has invited various authors to participate over the years—most notably Chuck Davis, who used the forum to announce to the world that he was soon going to die of cancer—but next month, for the second time, there are two B.C. authors on the same bill. (Outgoing Tourism Vancouver boss Rick Antonson, also an author, and Dr. Gabor Maté spoke together in 2012.)

Go on the internet and it’s easy to find dozens of dazzling photos of Bal Arneson posing fetchingly over a stove, or cavorting on a countertop. One has to get over the fact that she is simply good-looking; it’s a card she can and does play. But there’s content to go along with it—otherwise Sullivan and Zanatta wouldn’t be inviting her.

Arneson hosts the cooking show ‘Spice Goddess’ on the Food Network in Canada and the Cooking Channel in the U.S., having won the 2011 Canada (English) award for best Asian cuisine cookbook at the Gourmand World Cookbook Awards for her second book, Bal’s Quick & Healthy Indian (Whitecap). In the same year she appeared as a judge for the TV program Iron Chef America.

According to promo materials, Arneson began to learn how to cook over coals in a small clay pit at age seven, taught by elders in a village in the Punjab. Now she lives in Vancouver with her 17-year-old daughter Anoop and her eight-year-old son Aaron. Her new cooking show which aired this month, ‘Spice of Life,’ is accompanied by her third book, Bal’s Spice Kitchen (Whitecap), so the Playhouse spiel could constitute a book launch of sorts, depending the subject she chooses. Charles Montgomery is also a rising star, but not so much in the realm of television.

Like Douglas Coupland, Charles Montgomery is a gifted zeitgeist interpreter who has an instinct for a distinctive turn-of-phrase; a social scientist who can mix a broth of serious ideas with an entertaining style; a card-carrying internationalist who is nonetheless distinctly a product of Vancouver. Montgomery’s rise behind Coupland’s jet stream (behind McLuhan’s jet stream?) borders on meteoric.

Tracing the paths and voyages taken by his great-grandfather who was the Bishop of Tasmania in 1892, Montgomery  explored the South Pacific and published an account of his journey and his exploration of how Christian missionaries affected the region in The Last Heathen: Encounters with Ghosts and Ancestors in Melanesia (D&M 2004).

The Last Heathen received the $25,000 Charles Taylor Prize for Literary Non-Fiction at a luncheon at the Windsor Arms Hotel in Toronto as well as the Hubert Evans Non-Fiction Prize at the BC Book Prizes gala in Vancouver. At the latter event, Montgomery thanked his publisher Scott McIntyre, his editor Saeko Usukawa and his friend and fellow writer Michael Scott who advised him he ought to write the book. Previously Montgomery had concentrated on magazine articles, winning numerous awards.

When The Last Heathen was published from England by Fourth Estate, its title was changed to The Shark God: Encounters with Myth and Magic in the South Pacific. It was favourably reviewed in The Guardian in 2006 by Kevin Rushby.

Charles Montgomery next gained international exposure, such as coverage in The New York Times and The Guardian, with his marvelous, globetrotting investigation, Happy City: Transforming our lives through urban design (Random House 2014), aptly described by one reviewer as, “an eye-opening, pleasurable, utterly necessary tour through the best and worst neighborhoods of our urbanized world.”

According to Montgomery, by 2030, there will be five billion urbanites on the planet. So how can they expect to find happiness? Montgomery has provided an intelligently rendered potpourri of personal observations, research and digested data that germinate a vision worthy of David Suzuki, who has recommended it. The upbeat promo states, “The happy city, the green city, and the low-carbon city are the same place, and we can all help build it.”

If Vancouverites think their mayor Gregor Robinson is a bicycle zealout, they ought to read Montgomery’s chapter about Bogotá’s mountain bike-riding mayor Enrique Peñalosa. He didn’t declare war on drugs, we are told, Peñalosa declared war on cars. And people love him for it. Evidently Gregor could use some Spanish lessons.

Along the way we get to learn stuff.

“If one was to judge by sheer wealth,” he writes, “the last half-century should have been an ecstatically happy time for people in the US and other rich nations such as Canada, Japan and Great Britain. And yet the boom decades of the late 20th century were not accompanied by a boom in well-being. The British got richer by more than 40% between 1993 and 2012, but the rate of psychiatric disorders and neuroses grew…

“…A couple of University of Zurich economists, Bruno Frey and Alois Stutzer, compared German commuters’ estimation of the time it took them to get to work with their answers to the standard wellbeing question, “How satisfied are you with your life, all things considered?”

“Their finding was seemingly straightforward: the longer the drive, the less happy people were. Before you dismiss this as numbingly obvious, keep in mind that they were testing not for drive satisfaction, but for life satisfaction. People were choosing commutes that made their entire lives worse. Stutzer and Frey found that a person with a one-hour commute has to earn 40% more money to be as satisfied with life as someone who walks to the office. On the other hand, for a single person, exchanging a long commute for a short walk to work has the same effect on happiness as finding a new love.”

Dubbed an urban experimentalist, Montgomery has examined how cities have positive or negative impacts on human happiness with a particular focus on Vancouver.

“Here is the remarkable paradox:,” he writes, “the more crowded Vancouver gets, the more people want to live there and the higher the city has risen on international surveys ranking the world’s best place to live…

“…Unlike their counterparts in many other cities, Vancouver’s municipal planners enjoy broad discretionary power when considering new development.”

Born in 1968, Montgomery spent much of his formative years on a Vancouver Island farm. Influenced by the writing of Malcolm Lowry, Bruce Chatwin, Miguel de Cervantes Saavedra and Paul William Roberts, he has been a member of a loose affiliation of Vancouver-based collective of literary journalists who explore contemporary issues around the world.

Among his numerous awards is a Citation of Merit from the Canadian Meteorological and Oceanographic Society for outstanding contribution towards public understanding of climate change science.

He lives in East Vancouver and Mexico City.

These two rising stars, Bal Arneson and Charles Montgomery, can be heard at the same Public Salon.

Choreographer Crystal Pite – and Dancers from her Company, Kidd Pivot

Tickets can be purchased at http://ticketstonight.ticketforce.com/eventperformances.asp?evt=2423

Only one-third of the cost of the Public Salons is covered by ticket sales, so speed-dating-for-ideas enthusiasts are welcome to make cheques payable to Global Civic Policy Society, Plaza of Nations, Suite B100 – 750 Pacific Boulevard Vancouver, British Columbia Canada  V6B 5E7