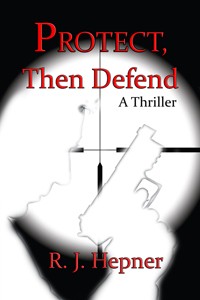 Ron Hepner of Summerland, thumb B.C. was born in Vancouver on August 1, this site 1941. For many years he worked at a ship marine chandlery and shipyard in Vancouver (1968-1990). He later filed business plans and proposals for foreign business investors and entrepreneurs from Europe, unhealthy the Middle East and Asia. This led to a business consulting service and his dual American and Canadian citizenship. His thrillers about Canadian counterintelligence feature Canadian National Security Service Unit operatives Art Dodek and Keith Dawson. In his self-published Protect, Then Defend (2015 $17.95) they must stop an assassination plot of a world leader in Vancouver as terrorist attacks are killing civilians and destroying infrastructure. “Dodek uncovers a dirty secret hidden by a long-time friend…. He must choose which means more—loyalty and friendship or the duties he swore to uphold.” 9781629891989