Bernice Lever got her start in the B.C. writing scene at a Black Mountain Summer workshop at UBC in 1963 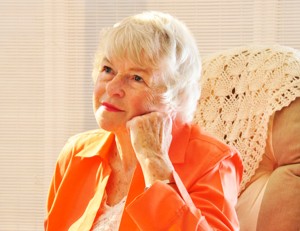 That summer she made a life-long contact with Margaret Avison and soon got to meet Allen Ginsberg, Robert Duncan, Robert Creeley, Charles Olson & Denise Levertov.

Lever left for England, hoping to meet Sylvia Plath, but never did. Years later she talked with Margaret Laurence about how Plath’s death affected them both as young women with two children each, wanting to be writers. Laurence told her of her difficulties being both a wife and a novelist. Whereas Laurence veered increasingly towards the novelist role, Bernice Lever, born in Smithers, chose the motherhood route in those days.

“I do not regret my choice,” she says. One of her poems in Imagining Lives was addressed to Plath, whom she described as “a 20th Century Poetic Comet.” Recalling the summer of 1963, Lever added: “we were just young mothers / struggling to find words / for the poems raging inside / of us.” Now, with three grown children, Bernice Lever, at 78, is making up for lost writing time.  She has just released her 15th book, Red Letter Day (Black Moss Press, 2014), her latest poetry collection. She continues to very active in the Vancouver writing scene, often commuting to town from her home on Bowen Island.

When asked to comment on her career as a poet, at 4 a.m. she wrote a sonnet shaped liked this:

Poet as publicist   a no-Fault ME cult member

Poet as producer   of endless fodder for essays

Poet as pimp   filling your emptiness

Poet as pepper   healthier than salt

Poet as perfume   beguiling your senses

Poet as professor better than confessor

Poet as promoter of self   until no audience

Poet as pill-popper   until no poet

Poet as prophet   an enigma easy to ignore

Poet as puzzle   cruel search for your life-centring poem

[Photo by Una and Juergen Bruhns]