Peace Out in Peace River 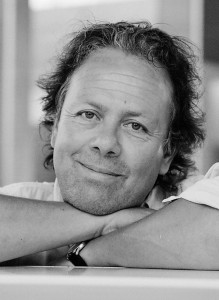 A B.C. movie biz veteran has mixed John Belushi with science to brew optimism with Peace Out, page on screen and on the page.

In the course of making a second documentary in response to environmental issues in Western Canada, here veteran film and tv director Charles Wilkinson wrote a memoir to answer the rhetorical question, “Are we tearing up our wilderness for energy?”

Of course the answer is yes.

Wilkinson’s memoir mostly describes his meetings with people of the Peace River Valley and oil industry workers. After he concludes it’s hopeless, the planet is doomed, etc., Wilkinson is buoyed with optimism at the end of Peace Out: Adventures on the Road to Green Energy (Red Deer College Press 2015) thanks to John Belushi’s inspirational rant at the end of Animal House. “Marc Jaccard said something prophetic to me. He said if we lived by a playground and the cars drove past really fast all the time, we’d ask the government to deal with it–speed zones, radar, tickets, fines, suspensions, prison. If none of these worked, if drivers kept endangering our kids, we’d take action. We’d blockade traffic.

“In reality, our governments have been really good at protecting our playground zones. But it’s crystal clear that they are simply incapable of doing enough–in time–to save us from this coming disaster. It’s up to each one of us to take action. And some people are doing exactly that. Aboriginal peoples everywhere are rising from the shadows and taking an inspiring lead in this.”

Consequently Wilkinson’s book and documentary are to be followed by a hopeful environmental film to be called An Alternative Universe Called Haida Gwaii. Previously his first feature documentary about the environment, Oil Sands Karaoke, had its premiere on Knowledge Network in 2014 and it was selected for more than twenty festivals.

The working director: how to arrive, thrive and survive in the director’s chair (Los Angeles: Michael Wiese Productions, 2004) Charles Wilkinson on Haida Gwaii, the setting for his next environmental documentary.