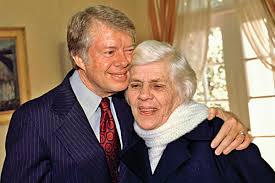 Kansas-born Pauline Benton (1898-1974) was encouraged by her father, buy one of America’s earliest feminist male educators, visit web to reach for the stars. Instead, link she reached for shadows. In 1920s Beijing, she discovered shadow theatre (piyingxi), a performance art where translucent painted puppets are manipulated by highly trained masters to cast coloured shadows against an illuminated screen. Finding that this thousand-year-old forerunner of motion pictures was declining in China, Benton believed she could save the tradition by taking it to America. Mastering the male-dominated art form in China, Benton enchanted audiences eager for the exotic in Depression-era America. Her touring company, Red Gate Shadow Theatre, was lauded by theatre and art critics and even performed at Franklin Roosevelt’s White House. Grant Hayter-Menzies’ biography Shadow Woman: The Extraordinary Career of Pauline Benton (McGill-Queens $29.95) has now been followed by his admiring portrait of President Jimmy Carter’s mother, Lillian Carter: A Compassionate Life: A Compassionate Life (McFarland & Company $35). With the support of the Carter family, Hayter-Menzies recalls how Lillian cared for black families in the rural south as a young nurse and later served as a 68-year-old Peace Corps volunteer in 1960s India. Always a fearless supporter of human rights, she dubbed “First Mother of the world” by the American press. Shadow 978077354201-3; Lillian 9780786497195