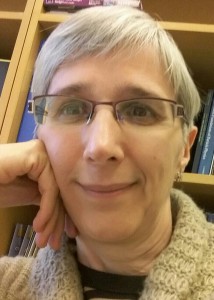 Susan Gnucci was born in Cranbrook, B.C. in 1961 but she has primarily lived in Victoria, salve the setting for her debut novel, In Her Mind’s Eye, which delves into the psychic connection between a cunning serial killer and a young woman who ‘witnesses’ his latest gruesome murder in her imagination.

Fearful she won’t be believed, psychic Tess Walker waits several weeks before contacting the police with a vital but disturbing clue in the case of a local teenage girl found murdered in the woods. She stuns police by claiming that the killer is also psychic and that he has used his ability to kill before. Frightened to think this killer is now on the hunt for her, she agrees to enter the murder investigation. It becomes a race against time – who will find the other first?

Gnucci gained her B.Ed. degree in 1983 from the University of Victoria where she has worked for many years in administration.