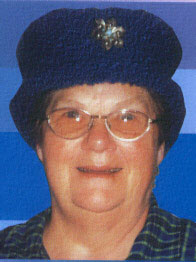 As one of British Columbia’s most integral grass roots feminists, Mary Billy was the editor of Herspectives magazine from 1989-1995, a quarterly publication that provided a lively forum for a broad range of women until it ceased publication in 1995. She had attended West Coast Women & Words Writing School and Retreat at UBC in 1988, during which she discovered herself as a writer. She has been strongly influenced by Margaret Laurence and the poetry of Al Purdy.

In 1998 Mary Billy was one of 20 women from around the world to be awarded the International Helen prize, named after Dr. Helen Caldicott, which honors “ordinary women for their many heroic, significant, but often unrecognized contributions to the quality of life on our planet.” Mary Billy was honored for mentoring young women, for her many years as a feminist/activist and for keeping The Femicide List, a list of the names and incidents of women and girls murdered by men in Canada. In 2000 she passed the job of updating this list to Yvonne Maes of West Vancouver.

Mary E. Billy has self-published She is Carved in Stone (2009), Under My Blue Hat (Herspectives, 2001); In The Turning: Summer Journal of a Sojourner in the Women’s Movement (Herspectives, 1986) and Over The Falls (Herspectives Publishing, 1998).

When she was retired in Squamish, she kept herself busy creating and producing Happy International Women’s Day greeting cards, making dishcloths for The Stephen Lewis Foundation on HIV/AIDS in Africa and contributing to The Defiant Women’s Support Fund.

She died peacefully on April 12, 2015 after being hospital five days. PLACE OF BIRTH: Abbotsford, BC

EMPLOYMENT OTHER THAN WRITING: retired

AN APPRECIATION OF MARY BILLY BY GAIL WHITTER

It is with heavy heart I learned of my longtime friend Mary’s passing … Mary was one of those “other mothers” that come along in life to share, gift, teach you all the things you missed out on with your biological Mother … I was one of the ones she took under her wing and mentored. She encouraged and supported and pushed me to achieve … to share my story with others so that it would ease their personal journeys. I was a regular contributor to Herspectives, her quarterly publication of women’s’ writing. Mary read and edited my manuscripts and wrote the introduction for A Time of Ashes. She insisted I learn to listen to my heart and follow my path no matter the obstacles or challenges, no matter the lessons or tests. She could be firm in her lessons as all good mothers. Smile.

We lost touch about 5 years ago after my last visit to Squamish. I remember us going to the old cemetery; offering tobacco and her sharing with me about each of the old graves and the histories buried therein. We stopped at the river, watching all the Eagles … she was hoping I would be gifted with a feather – she believed I had “earned” one having recently undergone a massive spiritual quest/learning curve …there was on old Eagle watching us from high in a pine tree … as he left his perch and passed over my head, Mary yelled: “He’s got something for you Gailie Girl!” … I ran … she laughed … he dropped a very large branch of pine. We laughed all the way back to her home – an incident of Eagle becoming Coyote. Laughing. I have thought of her many times over the years and have felt her very strongly in the past two weeks. I now understand why. Yesterday, before I received the call from my friend Karen, I had a clear flash of insight: “Mary has passed on” … and sure enough it was so.

I have to smile to myself today; reflecting on the fact that a section of the Stawamus Chief mountain fell away recently … Mary’s last book She is Carved In Stone is dedicated to the three generations of Billy women who lived most of their lives in the shadow of the Stawamus Chief. Knowing Mary, it could have been her way of saying “Goodbye until we meet again and remember to be as the lake”.

I have searched the web and found nothing about her passing, but this could be Mary’s wish … she would want nothing … only for us to remember her as she was and to hold her in our hearts. As Elder Doug Luzar always said in his posts: Love travels between worlds. I know she is sitting with the Old Ones now and that she will continue to guide and inspire.

From She is Carved In Stone:

Will you let me live, she cries

I’ve been here since before your Grandmothers

I have given beauty and shade

Created babies grown at my side

Due to my years to be left to live in peace

You owe me that honour

If you kill me

The thunder will drown you all

For generations to come ….

In an attempt to honour her, I wish to share a bit of “herstory”:

As one of British Columbia’s most integral grass roots feminists, Billy was the editor of Herspectives magazine from 1989-1995. A quarterly publication, Herspectives was one of the least fancy, but one of the most inspiring literary publications in Canada.

After attending the West Coast Women & Words Writing School and Retreat at UBC in 1988, Mary discovered she, herself was a writer.

In 1998 Mary Billy was one of 20 women from around the world to be awarded the International Helen prize, named after Dr. Helen Caldicott, which honors “ordinary women for their many heroic, significant, but often unrecognized contributions to the quality of life on our planet.” Mary was honored for mentoring young women; for her many years as a feminist/activist and for keeping The Femicide List, a list of the names and incidents of women and girls murdered by men in Canada. She worked alone on this project without funding for ten years and after developing major heart-health issues was forced to pass the job of updating this list on. As of the year 2000, this list had over 3,000 names.

Here is an excerpt from Facing The Horror: The Femicide List by Chris McDowell in 2004: ‘At first I would cry when I added another woman’s name to the list. Later my feelings changed and it has been many years since I cried; instead the entries made me roaring angry. As the List grew I became passionately concerned about the missing women on Vancouver’s Downtown Eastside, realizing years in advance of police acknowledgement that a serial killer had to be preying on these women. Creating the list you can’t help but see patterns in what you’re writing…’

Mary received moral support for her work, and it was distributed for use to some women’s centres and schools across Canada. “I’m very concerned about these women’s deaths and no one seems to care because they are just women, they must have done something wrong.” Mary believes somebody has to do it. She quotes Laura Bonaparte, one of the Mothers of the Disappeared in Argentina: “Where there are no names, there are no deaths, in every country of the world.”

In 2006, Mary became involved with The Grandmother to Grandmother Campaign through the Stephen Lewis Foundation and belonged to a small group “The Can Do Grannies” who donated money to help Grandmothers in Africa in caring for their grandchildren orphaned by HIV/AIDS.

She was a member of ROSE: Remember Our Sisters Everywhere

An organization dedicated to the prevention of violence against women and the remembrance and honouring of women and girls who have been murdered or are missing.