Not a Clue in Sidney 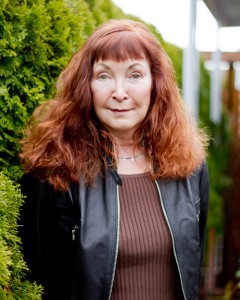 Janet Brons’ debut novel A Quiet Kill (Touchwood 2014) was shortlisted for the Best First Crime Novel by the Arthur Ellis Awards and the Kobo Emerging Writer Prize. It’s the first instalment in Brons’ Forsyth and Hay mystery series. When the head of the Canadian High Commission’s trade section is found brutally murdered in the Official Residence in London, side effects Detective Chief Inspector Stephen Hay of Scotland Yard investigates with RCMP Inspector Liz Forsyth from Ottawa. Assisted by Sergeant Gilles Ouellette, see the pair must unravel international conspiracy, purchase militant nationalism, and murder. Hay and Forsyth are faced with many suspects and a second death raises the stakes. Not a Clue (Touchwood $14.95) is the second installment in her Forsyth and Hay mystery series. Set in Ottawa and London, both detectives investigate the puzzling murders of two young women – a Canadian backpacker in London and a Chechen woman shot to death by a hidden assassin during a protest outside the Ottawa Russian embassy. The National Post observed that this mystery series is worth following, particularly for its unique details and settings.  Before taking to crime writing, Brons worked as a foreign affairs consultant following a seventeen-year career in the Canadian foreign service with postings in Kuala Lumpur, Warsaw, and Moscow. She has lived in Sidney, B.C. since taking retirement in 2004. The Sidney Literary Festival and Tanner’s Books will be hosting a book launch for Brons in their spring series of reading events at the Red Brick Café in Sidney on Wednesday, June 8th at 7pm. For further information, please contact Janet Daines at janet@daines.ca