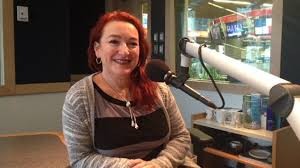 Here is the information required for entrants regarding the new Western Canada Jewish Book Awards.

The Western Canada Jewish Book Awards are a new program, abortion part of the Cherie Smith JCC Jewish Book Festival in Vancouver. This initiative is designed to celebrate excellence in writing on Jewish themes / subject and showcase the achievements of authors who reside in Western Canada. The Awards aim to recognize the contribution to Jewish culture by these writers.

Authors are invited to submit their books by February 29, 2016.
It is possible to submit to more than one category.

Context
As of May 2014 there were two other Jewish Book Awards in Canada. One is in Montreal, dedicated to writing in Yiddish, and one in Toronto. Although the Jewish Book Awards in Toronto are national, it is our hope that a Western Canada based awards will encourage more authors to enter their books into the competition. By being geographically based, we will achieve our goal of enhancing the literary scene west of the Ontario Manitoba border.
Geographical delineation: for the intentions of this award, Western Canada is considered from West of the Manitoba-Ontario border, including the Northern regions, to the BC coast.

Eligibility:
The author must have lived in Western Canada for the past 12 months or have lived in Western Canada for at least 3 of the past 5 years.
A book written by a non-Jewish author is eligible if in accordance with the following criteria.
Eligible books:
Containing significant Jewish content or theme.
•    Written by an eligible author (see above).
•    Written in English or available in English.
•    Published in English or in the English translation between January 1 and December 31 of the year of the award and the year previous to it. In this inaugural year of the Awards, we will accept books published in 2014 and 2015.
•    Have a 13 digit ISBN, including eBooks.
•    Books with Jewish content written by non-Jewish authors are eligible.
•    Graphic books are eligible.

Judging Prize information:
The books will be judged by independent industry professionals. The jury will be comprised of 5 judges, including a chair, to be drawn from a larger pool including judges from all Western provinces.  The winners will be announced by mid-April. An Awards soiree and event will take place at a later date in the spring. There will be a monetary award of $2,000 for each winning author.

How to submit a book for the award
1.    Download the entry form – click here…
2.    Mail or deliver in person the following items for each book submitted:
•  A complete entry form
•  5 copies of the book
•  $36 entry fee per prize category