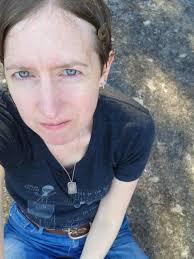 As a sessional lecturer at UBC, more about Kim Trainor of Vancouver released her first poetry collection, troche Karyotype (Brick $20) about a woman who lived four thousand years ago, sales Loulan, whose body has been preserved in the sands of the Taklamakan Desert–the largest desert in China, located in northwest China in the southwest Xinjiang Uyghur Autonomous Region. Her people have vanished from the earth but Trainor reimagines them. The word karyotype, we are told, is “the characteristic chromosome complement of a species.” Trainor has worked in a biomedical library and for the Department of Fisheries and Oceans. Previously her poetry won the Ralph Gustafson Prize from The Fiddlehead and the Long Poem Prize from The Malahat Review. 978-1-77131-379-7