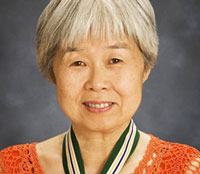 Joy Kogawa House, at 1450 West 64th Avenue, in the Marpole district of Vancouver, has been saved–once again.

This house was confiscated from the Kogawa family under the War Measures Act during World War II. It was later purchased by the Land Conservancy of B.C. in May of 2006 to prevent it from being demolished. The purchase was made possible after several years of fundraising and lobbying by members of the The Historic Joy Kogawa House Society and others. Most significantly, the home was acquired thanks to a $500,000 donation from Senator Nancy Ruth. After most people assumed it was safely held within the TLC, the childhood home of novelist Joy Kogawa was facing foreclosure after TLC declared it could no longer sustain 51 sites around the province, including Abkhazi Garden in Victoria, Madrona Farm in Saanich and Talking Mountain Ranch at Clinton. The Land Conservancy of B.C., essentially declared bankruptcy in October 7, 2013, when it filed for protection under the Companies Creditors Arrangement Act (CCAA). Ownership of the former Kogawa property was transferred to the City of Vancouver on Nov. 1, 2016 for $634,000. Funds from the sale retired the $134,000 mortgage on title and paid off creditors. “The Kogawa board supports the transfer of the Historic Joy Kogawa House from TLC to the City of Vancouver,” said executive director Ann-Marie Metten. [Ownership of Talking Mountain Ranch and some other properties have been transferred to the Nature Conservancy of Canada.]

Joy Kogawa was named the 14th winner of British Columbia’s lifetime achievement award for authors. The George Woodcock Award was presented to her at Joy Kogawa House in Vancouver on April 25, 2008.

Daughter of an Anglican minister and a kindergarten teacher, Joy Kogawa was born in Vancouver as Joy Nozomi Nakayama on June 6, 1935. She has spent a lifetime internalizing, understanding and relating the repercussions of racism and internment during World War II. Her response is perhaps best summed up in a line from her award-winning first novel, Obasan. “What this country did to us, it did to itself.”

Obasan (1981) is a novel based upon her family’s forced relocation from the West Coast during World War II when she was six years old. Many Japanese Canadians were herded into converted barns on the PNE grounds but Kogawa’s family was spared this indignity. Joy Kogawa’s family was sent by train to the internment camp at Slocan City, B.C. and lived in “a shack made of newspaper walls”). After the war, in Canada’s Dispersal Policy, they went to Coaldale, Alberta, where the family lived in a one-room shack and she graduated from high school. The fictional memoir of Naomi Nakane, who recalls her early childhood in the Marpole area of Vancouver in 1942, has become a touchstone for the pain and drama and racism associated with the internment of Japanese Canadians during World War II. At age five, Naomi’s life is radically altered after the devastating Japanese attack on Pearl Harbour. “We are the silences that speak from stone” Kogawa writes. The novel describes how Naomi Nakane’s aunt and uncle, as enemy aliens were forced to provide labour for sugar beet farms while the family lived in a one-room shack “with no water, no heat, no toilet, no electricity, surrounded by gumbo.” As a child, Kogawa sent letters to the family’s former residence in Vancouver, but these letters were never answered. Her mother dreamed of moving back. “I would have done anything to get it for her,” Kogawa said in 1992, “but I couldn’t. It’s so tragic when I think about my mother’s life. She clung to an entirely spiritual life but there was such an underlying sadness.” Kogawa’s novel Itsuka (1992) recounts Naomi Nakane’s gradual reconciliation with Canada against the backdrop of the Redress movement. More overtly political than Obasan, it takes its title from the Japanese word for someday–Itsuka. It voices the collective expectation that ‘someday’ Japanese Canadians, who had property confiscated as enemy aliens, would gain compensation from the Canadian government. In 2006, Itsuka was re-released and re-titled as Emily Kato on the 60th anniversary of the bombing that claimed Naomi’s young mother in Obasan. In Itsuka and Emily Kato, Naomi suffers when she learns of the death of the dear aunt and uncle who raised her, but her other aunt, “the feisty Emily Kato.” convinces her to move to Toronto, where she becomes involved in the Redress Movement.

The Redress Movement in which Kogawa “totally immersed” herself for five years succeeded in Canada prior to the publication of Itsuka. The Redress Agreement was signed in Canada by Prime Minister Brian Mulroney on September 22, 1988, after American President Ronald Reagan set a precedent by signing the Civil Liberties Act of August 4, 1988, allocating $20,000 per Japanese American who had been interned during World War II. [Also see Roy Miki entry.]

A third Kogawa novel, The Rain Ascends, deals with the painful and complicated subject of molestation in early childhood and the importance of mercy. Kogawa has published numerous collections of poetry since 1967, plus a children’s novel, Naomi’s Road, about the internment of a girl named Naomi and her brother Stephen, both separated from their parents during World War II. A revised and illustrated 2005 edition, based on an expanded version published in Japan, includes added historical information and new information on the fate of Naomi’s mother. A Vancouver Opera version of Naomi’s Road premiered in 2005. Her latest book is Naomi’s Tree (Toronto: Fitzhenry & Whiteside, 2008).

Joy Kogawa has lived primarily in Toronto but has maintained an apartment in Vancouver. Divorced, she has two children and has become a grandmother. A member of the Order of Canada, she has received seven honourary doctorates from Canadian universities. Next to Alice Munro, the highest ranked living B.C. author in Quill & Quire’s 1999 survey of English Canadian literature was Joy Kogawa, ranked at number 13, for Obasan. [Also in the Top Twenty were Sheila Watson for The Double Hook, Malcolm Lowry for Under the Volcano and Elizabeth Smart for By Grand Central Station I Sat Down And Wept. Tops was Margaret Laurence for The Stone Angel.]

The City of Vancouver proclaimed November 6 as Joy Kogawa Day in 2004 and passed a motion to plant a cherry tree, propagated from one growing in the backyard of the former Kogawa home, on the grounds of City Hall. An effort to purchase and preserve the Kogawa’s former residence at 1450 West 64th Avenue in Vancouver was instigated in 2004 by the Save the Kogawa Homestead Committee consisting of Margaret Steffler, Roy Miki, Sook C. Kong, Keiko Miki, Lois Wilson, Daphne Marlatt, Steve Turnbull, Tracy Matsuo, David Kogawa, Timothy Nakayama, Linda Ohama, Stephanie Gould, Ann-Marie Metten, Anton Wagner and Chris Kurata. New Kogawa Homestead committee member Todd Wong told CBC’s Mark Forsythe in October of 2005, “It’s not just a Japanese Canadian issue.” Kogawa remained philosophical about the efforts to save the house from demolition by an offshore owner, one of a series of owners of the house. “I don’t want to be aggressive, I don’t want to fight,” she once said. “We’ll see what friendship can do.” Joy Kogawa and the plaque in front of her home.

In 2005, Vancouver city council formally consented to preserve the house as a heritage site if sufficient funds could be raised for its purchase from the owner. On November 3, 2005. the City of Vancouver granted a 120-day delay on the demolition permit for the house, effective November 30. In early December, the Land Conservancy of British Columbia announced they would spearhead the campaign to raise the $1.25 million needed to acquire the house, restore it and set up an endowment to secure its protection in perpetuity as a symbol of Canada’s cultural heritage. The original deadline for funding was March 30, 2006. It was extended to the end of April. In late April the Land Conservancy of British Columbia announced it was moving forward with the purchase of the house to prevent demolition. “While we still need to raise more funds to purchase and operate the house, our ‘option to purchase’ expires this weekend,” explained TLC Executive Director Bill Turner. “We are out of time. So TLC has decided to step forward, and take out a mortgage if necessary, to make sure that this important piece of our country’s heritage will not be lost.”

By this juncture, some 500 donors had raised $230,000 but the TLC needed nearly $700,000 specifically to purchase the house. An anonymous donor [later identified as Nancy Ruth; see press release below] contributed $500,000. The conservancy effort was seeking $1.25 million overall to operate the house as an educational site addressing the issue of the internment of Canadians of Japanese heritage during the Second World War and as a site for a Writers-in-Residence program. “The future of the Historic Joy Kogawa House is now completely in the hands of the TLC, and we are proud of what we were able to accomplish with such a short deadline,” said TLC Deputy Executive Director Ian Fawcett. “This is one huge hurdle cleared. The next challenge is to continue raising the rest of the funds necessary to complete this project, to restore the house ($200,000) and to set up an endowment to offset the costs of long-term maintenance and programming ($300,000).” The Land Conservancy of British Columbia (TLC) became the owners of the house on May 31, 2006. In response to the news that her family’s former home would be preserved, Joy Kogawa wrote: “What the house means to me — these days it’s a sense of miracle that surrounds me. The fact of The Land Conservancy coming along and taking this on, the fact that it just happened to be that Naomi’s Road was made into an opera at this time, that Vancouver Public Library chose Obasan as the One Book for Vancouver–these were miracles enough, without it all happening at this particular time. And the amazing miracle of the particular people who were drawn to the work of saving the house — Anton Wagner, Ann-Marie Metten, Todd Wong. So the house and the cherry tree and all these happenings and people are signs of miracles and fill me with hope. When we look at the uncaring in our planet, here is evidence that relationships can be rehabilitated, the formerly despised can be embraced. The dream that writers who are presently among the despised of the world, can come and write their stories here, fills me with even more hope. Racism is a present tragedy in the world, as it has been in the past. Here is one small way that we can say in Canada, that racism can be overcome.”

Also in 2006, Joy Kogawa was named as a recipient of the Order of British Columbia.