Pre-Covid, writer and performer Coyote delivered more than 200 shows per year and built a huge fan base. 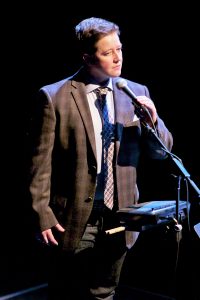 Ivan Coyote charms an audience with their story-telling, circa 2016.

With all bookings cancelled early on in the pandemic, non-binary Ivan Coyote started answering the hundreds of letters and emails they have amassed from their audiences over the years. Some exchanges found their way into a new book.

“Storytellers. We can’t help but keep hoping that there might be a happier ending in there, somewhere,”writes non-binary author Ivan Coyote to one of their fans, a lesbian from North Dakota whose parents will only see her and speak to her if she doesn’t talk about “that” and never brings any of “those” people into their home. 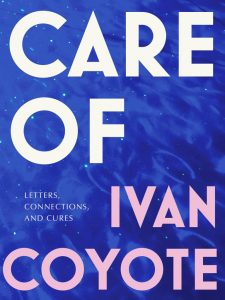 It’s one of many letter and email exchanges that Ivan Coyote has published in Care Of: Letters, Connections and Cures (McClelland & Stewart $25.00), which they wrote during the socially-distanced, early days of the Covid-19 pandemic.Ivan Coyote is one of those writers who is as eloquent and entertaining in person as they are in print, leading to nearly three decades on the road as a performer in high demand. They have delivered at least 200 polished, powerful and often hilarious shows yearly. Then Covid-19 lowered the boom. No more tours to Australia, America, Hong Kong or hometown Whitehorse either. No more high school gyms packed with hundreds of teens and apprehensive or welcoming teachers, gathered to hear hard-won truths about growing up and being transgender. No more conferences for librarians or statisticians or labour activists or nurses, and among them, a few fearful adults ready to fire verbal arrows at the podium.

Ivan proves to be a brave and tactful writer. This is clear in a letter they wrote to a Christian ‘mostly closeted’ woman explaining how they put up with heckling and rude comments: “When a person has been taught, …to hate and revile me stands up to ask me a question, I must reach across that room and find my way past her fear and dogma and doctrine and into the good part of her heart…It is not important to me in those few seconds that everyone in the room agrees with me, but it is vital that they witness her allowing her heart to stretch open enough to make even the possibility of room for people like me.”

With all bookings cancelled, Ivan Coyote started answering the hundreds of letters and emails they have amassed from their audiences over the years. Now there was time to go deeper, to respond more thoughtfully with the wisdom gained from those years on the road. 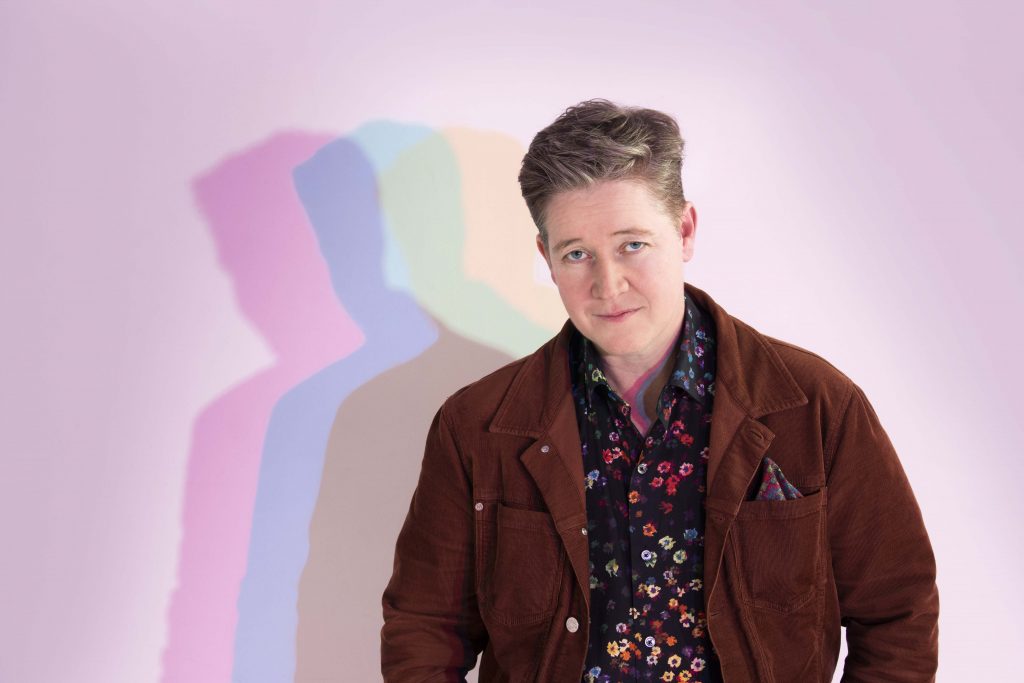 One letter came from a closeted Muslim actress from Pakistan who discovered Ivan Coyote on social media. Her identity is protected because even though she moved to England, her family back home would be harassed about their gay daughter. Another exchange begins with a Canadian high school teacher who admits to being rather pleased with his own tolerance when his daughter announced in Grade 10 that she was gay. Fine, he thought, one of my brothers is gay, no big deal. Then his child springs the news that she wants to transition to male and, finally flummoxed, Dad turns to Ivan Coyote for guidance. This story has what storytellers hope for, that happier ending. A good many of the other letters are filled with despair and grief because fear of the unknown, not love, grips the wheel driving the bus, at school and at home, in the place of worship and in the workplace where some of the most toxic notions of masculinity are unleashed on those who are different.

Because Ivan’s performances are engaging and because books like Tomboy Survival Guide (Arsenal, 2016) and for LGBTQ teens, One In Every Crowd (Arsenal, 2012) have thrown life-lines to struggling individuals and families around the world, the ensuing correspondence must surely fill a massive filing cabinet. They have carefully selected some of those communiques in Care Of, including letters from people of all ages living in this world as someone other than the gender assigned to them at birth. Or realizing, like the high school student from a traditional Indo-Canadian family that he was gay “ever since he could remember” and his father would kill him, “for real” and his brother would probably beat him up first. Ivan fluently translated his body language and asked if he would carry the stand-up microphone to the parking lot and en route, about sixteen years of repression poured forth, the first time he’d ever confided to anyone. Ivan still thinks, and worries about that student.

There are heart-breaking letters like the one from a mother who lost her 21-year-old transgender daughter to suicide. Ivan’s own loving connection to a sprawling, raucous Yukon family, storytellers all, proves to be the key that breaks through resistance in other families.

Families are often simply afraid of losing their loved one. Parents fear what the world will do to their tomboy girl or their tender-hearted boy. Will surgery or any form of identity change mean losing their sister or their brother, their mother or their father? The loyal connection to family so well-portrayed on stage and in print by Ivan Coyote reassures parents and teens alike that the world will not end if the lifelong difference that is felt in every cell by one member of the family is acknowledged and future change is supported.  This is not to say that the dark side, the snide and hurtful words and deeds dealt by some adults behind medical counters, or the usual suspects among hockey parents, for example, need to be tolerated. Thankfully there are people like the janitor at the Whitehorse Hockey Arena who created a locker room just for Ivan, at age 16 the only ‘girl’ still playing organized hockey with boys in the entire Yukon. He tacked up a poster of Wayne Gretzky too.

One of my favourite zingers in this tough, tender and life-affirming book now festooned with post-it notes and underlined passages, is the following: “This is why labels peel off in the water.” 9780771051722