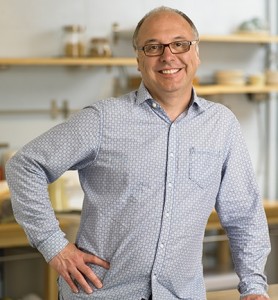 Born in Chicoutimi, more about Quebec, Eric Akis lived there a few months before my Latvian-born father moved the family to his next Canadian military posting in Cold Lake, Alberta. From there they moved to Winnipeg, Moose Jaw and the Northwestern Ontario town of Sioux Lookout, where, as a teenager, he began his cooking career as a civilian kitchen helper on the base. A food writer for the Victoria Times since 1997, Eric Akis has doubled as a food consultant and recipe developer for the Thrifty Foods supermarket chain owned by Sobeys. He previously worked as a trained chef and pastry chef for fifteen years before turning his hand to journalism. He has lived in six Canadian provinces. His previous books are Everyone Can Cook: Over 120 Recipes for Entertaining Everyday (Whitecap, 2004) and Everyone Can Cook Seafood: Over 120 Recipes for Entertaining Everyday (Whitecap, 2004). His new book is The Great Rotisserie Chicken Cookbook (Random House, 2015) $24.95 978-0-449-01640-4