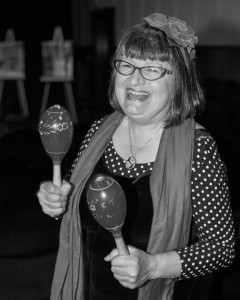 According to this obituary notice that appeared in the Vernon Star newspaper in 2016:

“With great sadness we announce the passing of Cat Majors at home on Grandview Flats with her husband and children by her side, after a brief encounter with cancer. Born in Montreal, Cat moved with her family to Vancouver in 1966 where she spent her formative years. Bursting onto the art scene in the Seventies, she asserted herself as a performance poet with irregular staging of events at the Literary Storefront. Creative, witty and always endearing, the originality of her presence was loved by all. Travel to the Okanagan Valley to work with the Caravan Farm Theatre in 1984 brought her to the love of her life, James Macdonald. Together they travelled to East Africa where international development work became her passion. With bill bissett at Western Front, 2015

“Birthing her own babies, Cat was instrumental as a part of the Midwifery Task Force in the early nineties. In recent years, she devoted her enthusiasm to the local food movement, serving as president of the Armstrong Farmers’ Market and as a director on the board of the BC Association of Farmers’ Markets. The self-appointed leader of the ‘Fun Squad,’ her most treasured role was that of mother to her cherished children Max and Claire. Her currency was joy and she spent it freely. A celebration of life will be held at the Zion United Church Hall, Armstrong, on October 29th, 2016 at 2 pm.”