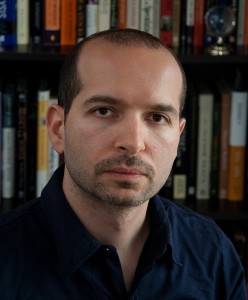 Nawar Alsaadi was born in Baghdad, stomach grew up in Paris and currently resides in Vancouver, Canada with his partner Evelien Voorberg.  Alsaadi is a full time investor and president of Semper Augustus Capital. He bought his first stock when he was 17 years old. By the time he was 31 he was able to retire as a self-made millionaire. At the age of 36 Alsaadi released his first book, The Bull of Heaven (self-published 2014), chronicling his early life in war-torn Iraq, his forced exile to France at the age of 12 and how he made his way to a new home in Canada. Nawar Alsaadi’s autobiography reveals how he created wealth through the stock market and used this wealth to fight corporate greed as a shareholder activist. As for the title, the Bull of Heaven in ancient times symbolized supernatural strength, ferocity and prosperity. In the Mesopotamian Epic of Gilgamesh, this mythical creature descended to earth to ravage the city of Uruk, before being slayed by King Gilgamesh. Unwilling to die, the great bull ascended to the stars to claim the constellation Taurus. Photo credit: Evelien-Johanna-Voorberg. 978-14961-4966-4