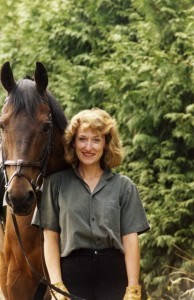 Based in Halifax, health Nova Scotia, here Marjorie Simmins is a widely published, there bi-coastal freelancer whose concerns include writing and women’s health, memoir writing, dogs, coastal lives, coastal fisheries, and the equestrian world. Her essay, “Trips from There to Here,” published in Saturday Night, won a Gold Medal at the 1994 National Magazine Awards. Her memoir Coastal Lives (Nimbus 2014) has been described as a love story about two writers, Marjorie Simmins and Silver Donald Cameron, and two coasts, the West and East Coasts of Canada. It has led to a second memoir, Year of the Horse (Pottersfield 2016), due in Autumn of 2016, about horse riding on both coasts. About half of it concerns the horse community of Southlands, Vancouver.  A former commercial and sport fishing journalist on the West Coast, Simmins has a Bachelor of Arts in English Literature from the University of British Columbia and a Certificate in Adult Education from Dalhousie University. In 2011, she completed a Master of Arts, Research in memoir studies, at Mount Saint Vincent University.