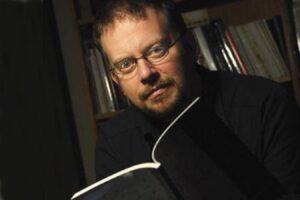 The aphorism “Poetry is philosophy in evening-wear” appears midway through Arleen Paré’s latest poetry collection, Time Out of Time.

The idea, courtesy of Ontario artist Kevin Heslop, is provocative, as it points out the serious side of poetry as well as the genre’s affinity for aesthetic finery.

In the case of the new poetry collections by Victoria’s Paré and Gabriola Island’s Roger Farr, “evening-wear” takes the form of pensive and inquisitive volumes singing with reverence for two special but dead poets. Their volumes are meditations on poetic heritage and forebears—with each poet paying homage to the works, lives, and accomplishments of literary influences and inspirations. As cerebral and eulogistic as that might sound, happily, Paré’s Time Out of Time and Farr’s After Villon are also playful, funny, heartfelt and stimulating.

Farr’s new poems could strike a casual reader as impossibly avant-garde. Dada-adjacent lines—such as “queer: when that muttnik cries prang! PRANG!,” “National aqua chattis are gross mooses,” and “Funcanny Valley what a face the MLA has”—are like conceptual evening-wear: perhaps made for appreciation by the cognoscenti but difficult to anyone else.

Give it time, though, honestly. Acclimate by reading through Farr’s slim volume more than once. And pay close attention to the footnotes: informative, clever and wry, they’re invaluable little tour guides that communicate in standard English. 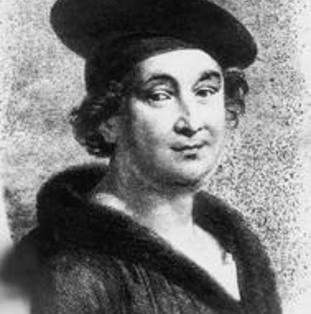 Farr’s muse, Francois Villon was a legendary poet born in Paris around 1431 who died under mysterious (and, in fact, unknown) circumstances at thirty-two. In his time, Villon was known as a thief, wanderer, bard, inmate, subversive, provocateur and gang member. He challenged literary conventions, and he scattered slang, codes and wordplay throughout in his poems. “You use words to communicate ideas to certain people, while deceiving others,” Farr writes. With innovative verse, Villon sketched the rogues, outliers and criminals of the Parisian subculture. He addressed poetic staples too: love and heartache, old age and death, lost ideals and regrets.

In poems like “Ballad for Friends, With Benefits,” “All Standard Language Shall Be Fried,” and “Ballad of Counter-truths,” Farr repurposes Villon’s poetic tropes for twenty-first century realities while managing to meld the disparate eras too. (Are 2022 and 1463—when Villon’s works surfaced in several manuscripts—that different? The irreverent list of “Counter-truths,” which mocks “universal knowledge and the spooks of Truth, Law, and Fidelity,” mimics Villon’s style and outlook but is applicable right here, right now for readers to attach to local circumstances.)

In “Five Ballads in Jargon,” a feat of syllables and rhymes, Farr revisits poems “sometimes attributed to Villon” and thought to be composed in 1455 during the trial of the gang he was associated with. In these pieces, “probably hummed for a century & a half before they were transcribed by ear,” Farr discerns coded warnings for friends and accomplices to steer clear of the authorities. 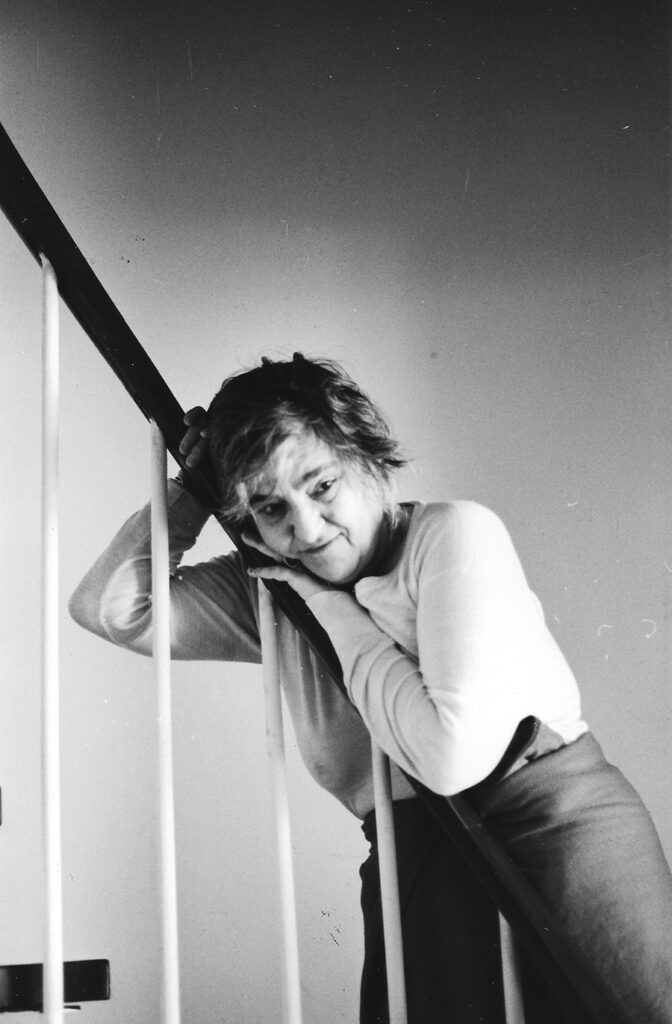 Paré’s relationship to a predecessor has fewer complications. Time Out of Time was written in “praise and celebration” of Etel Adnan (1925–2021). Born in Lebanon, Adnan worked as a journalist and professor alongside her partner, Simone Fattal, in a handful of countries after obtaining a philosophy degree in France.

For Paré, reading Time (Adnan’s 2019 collection of poems) amounted to “love at first page.” Paré writes, slyly, “my wife doesn’t mind  she knows / I have fallen in love with an arrant ideal.” A record of “long-distance affection,” the elegant and spare Time Out of Time describes a poet enthralled by another lesbian artist, “haunted” by her phrases and infatuated with their beauty. In the poem “Etel Adnan 3,” the poet shouts out her willingness to “get lost once again / or forever / in your words,” while “Etel Adnan 9” celebrates the profundity of Adnan’s economical poems: “does brevity not bear / its fair share / of depth.”

Whether she addresses weather (rain that’s “insistent as pins”), wonderment (“the world is a staggering place”), the “freaky fragility” of the planet, social invisibility, the blessing of a long romantic partnership, or aging and death (“is there anything that does not lead in this dreamy direction”), Paré ties her observations to Adnan’s poetry. In effect, she creates a dialogue—a dazzling exchange of heady ideas—between souls that never met in real life but really ought to have.
After Villon: 9781554201877
Time Out of Time: 9781773860794 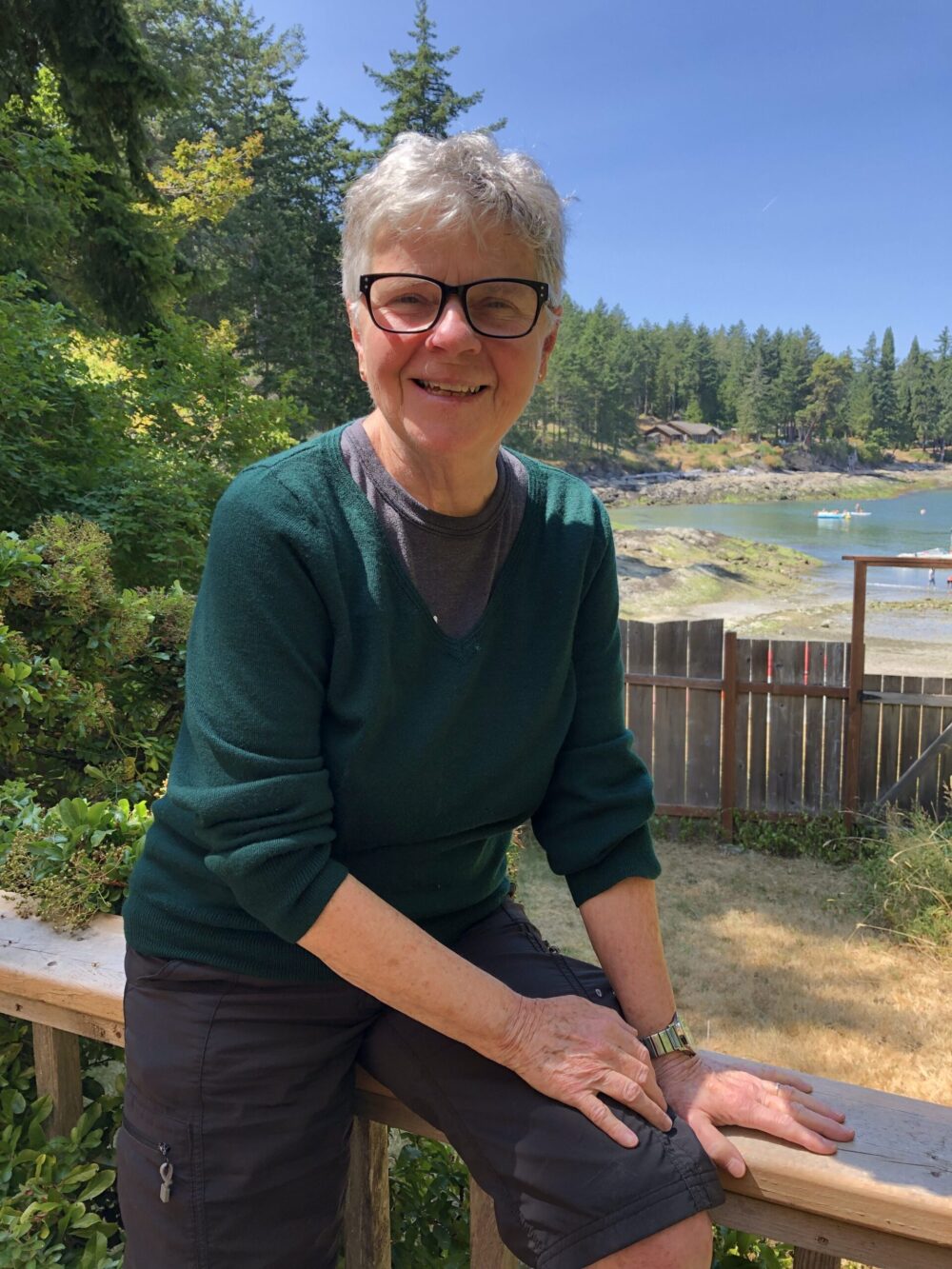