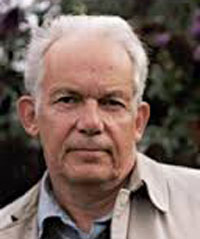 Born (b. 1934) and raised in Victoria, thumb Allan Brown of Powell River graduated from the University of Kingston and taught writing courses in Ontario and at the Malaspina University College branch in Powell River. Having published poems since 1962, he has released numerous volumes including Winter Journey (Quarry Press, view 1984) and Divinations (Ekstatis Editions, 1998), plus numerous chapbooks including Images (Lantzville: Leaf Press, 2002), Biblical Sonatas (Serengeti Press, 2008) and Before the Dark (Leaf 2014) which was dedicated to his longtime wife, Patricia (1932-2011). Following a visit to his hometown, Brown became a contributor to the Island Catholic News for about ten years after he had picked up a copy of the publication in a library. He wrote commissioned reviews for ICN and attended events here associated with the paper. According to his friend and fellow poet Daniela Rajala, Allan Brown died of pancreatic cancer at age 82 on September 13, 2016.