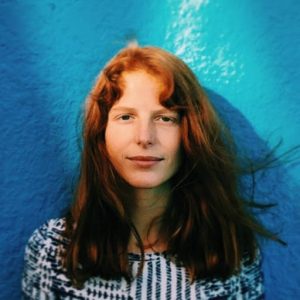 An exhibit at Space Gallery at 552 Clark Drive, Vancouver

Michael Kluckner, who visited the exhibit for The Ormsby Review, appraises the work of Anne Vegnaduzzo (curator / top right), Simon Desrochers (photographer), and Mathieu Persan (artist) as they bring together images and text of the main Art Deco monuments of Vancouver.

“Lost Vancouver: an Unexpected Art Deco Tour” is a new take on Vancouver’s on-again, off-again embrace of its architectural past. Curated by Parisienne-Vancouverite Anne Vegnaduzzo, the exhibition juxtaposes photographs by Englishman-Français Simon Desrochers, who is based in Victoria, and illustrations by Parisian artist Mathieu Persan, who has never been to Vancouver but worked from Desrochers’ photos.

On display at the Space Gallery at 552 Clark Drive until April 23rd, and moving then to Hidden City at 651 East Hastings, “Lost Vancouver” is part of this year’s Capture Photography festival. Its aim is to stimulate a conversation about the value of historic architecture and art in the fabric of Vancouver, which as Vegnaduzzo says “is sometimes focused only on the future.”

She writes in the curator’s statement: “Vancouver is a city that is neither renowned for its architecture nor for the way it values and preserves its artistic heritage. Yet, footprints of art movements, such as the Art Deco movement, influential and aesthetically revolutionary at the time, remain and embody the city’s participation in art history.” The project began a year ago, inspired by a bike ride Vegnaduzzo took from her new Kitsilano home past the boarded-up Hollywood Theatre (1935) on West Broadway, its future uncertain. She brainstormed with Desrochers, looking for a way to “evoke the magic” of Deco and the way it animates city streets.

Desrochers chose his angles, in most cases, to present the buildings and structures as they are known to locals — very recognizably Vancouver, especially the Marine Building in a long shot down cluttered Hastings Street.

The other images are the Vogue Theatre, the parapet of the Commodore Ballroom, St. James Anglican Church at Gore and Cordova, the Granville Power Block, Burrard Bridge, Bessborough Armoury in Kitsilano, and City Hall. Desrochers describes himself “always photographing buildings but not as an architectural photographer.” There are none of the perspective tricks or wild diagonals beloved of architecture magazines displaying “beauty shots” of significant buildings.

Persan chose elements from the structures, or abstracted them, and added familiar Art Deco poster-design elements from the 1920s and 1930s, including superb typography, to create a set of ten 12 x 16-inch dreamscapes that successfully evoke the magic of period serigraphs in a limited edition of twenty prints.

Printed on a slightly yellowed matte paper with pigment ink in muted tones, Persan’s pieces manage the coup d’oeil of looking like high-style Paris or New York from the Deco age, elevating Vancouver’s architectural legacy out of its provincial backwater on the Wet Coast. My favourite is the Gothic-meets-Deco St. James Anglican Church (1936) on the Downtown Eastside, beneath which Persan has added the slogan, “Have Faith in Art Deco.”

At the opening, former provincial Heritage Branch director Jennifer Iredale spoke of the challenges of heritage preservation while a video of the 1982 demolition of the Medical-Dental Building (1929) on Georgia Street played repeatedly in the background.

The building imploded and collapsed in a cloud of dust; the film then reversed and the building climbed back up again. Eventually it stayed down.

Pay attention, the exhibition states, or the GMD — as it was known when it was celebrated as Vancouver’s first deco office tower — won’t be the last to be lost. Demolition of the Medical Dental Building, 1989