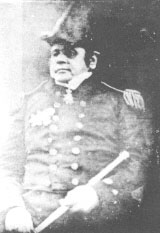 As a 17-year-old scuba diver, David Woodman, born in 1956, first went looking for shipwrecks in Lake Superior. He has since tried to find one of the ships from the ill-fated Franklin expedition, looking near the west shore of the Adelaide Peninsula in the Arctic.

As an Officer on the Oceanographic Research vessel Endeavour, Woodman gathered Inuit testimony to present new interpretations about the fate of the disastrous expedition led by the ill-prepared Englishman Sir John Franklin. Much of the Inuit testimony in his book Unravelling the Franklin Mystery: Inuit Testimony (McGill-Queens, 1991)–including testimony gathered by Franklin searchers only nine years after the disappearance of Franklin and his men–was not previously published. “I’m the first to go back to the original notebooks,” he says. “I look at it as the re-opening of a trial. My whole book is set up that way.”

Woodman disagrees with the conclusion of authors Owen Beattie and John Geiger in their book Frozen in Time that lead-poisoning was the major cause of calamity wherein all Franklin’s crew perished. He suggests that survivors left Starvation Cove, where fewer than ten bodies were found, in 1851, three years after the standard account claims they had died.

According to Woodman, the testimonies of Inuit have not been fully considered for four reasons. 1. Victorians were not keen to consider cannibalism might have occurred among members of the doomed expedition. 2. Victorians did not want to consider that Franklin and his men might have behaved far less than heroically, and incompentently. 3. Inuit stories can be confusing to interpret. 4. Most of the earliest evidence was gathered in the 1860s by a non-professional American, Charles Francis Hall, who believed he was called by God to find the Franklin survivors.

“He spent five years with the Inuit. His raw notebooks are still the best source for Inuit stories,” says Woodman. “They’re in the Smithsonian.”

Woodman is McGill-Queens’ only non-academic author. He submitted a sample chapter to the university press simply because its name appeared in his bibliography more than any other publishing company. He is a senior master for BC Ferries and he lives in Port Coquitlam.

After Prime Minister Stephen Harper had a role in the successful discovery one of Franklin’s long-missing ships, HMS Erebus, McGill-Queens has re-released Woodman’s book in paperback in 2015.

One Response to “Inuit Testimony resurfaces”