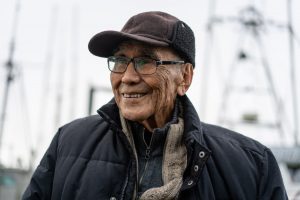 Also known by his Xenaksiala name, Wa’xaid, Cecil Paul (right) was one of the last fluent speakers of his people’s language. He was born on November 28, 1931 in the Kitlope and raised on fishing, hunting, trapping and gathering. At the age of ten he was torn from his family and placed in a residential school run by the United Church of Canada at Port Alberni, on Vancouver Island.

For years, Cecil suffered from the pain of the abuse inflicted there. After three decades of prolonged alcohol abuse, he finally returned to the Kitlope and the positive influence of his people’s knowledge and ways. Once Paul’s healing journey began, he eventually became an outspoken leader against the industrialization of his people’s land and traditional territory, working tirelessly to protect the Kitlope, the largest intact temperate rainforest watershed in the world. Paul is credited with spearheading successful efforts to have 325,000 hectares (800,000 acres) of coastal temperate rainforest declared off-limits to logging in 1994. 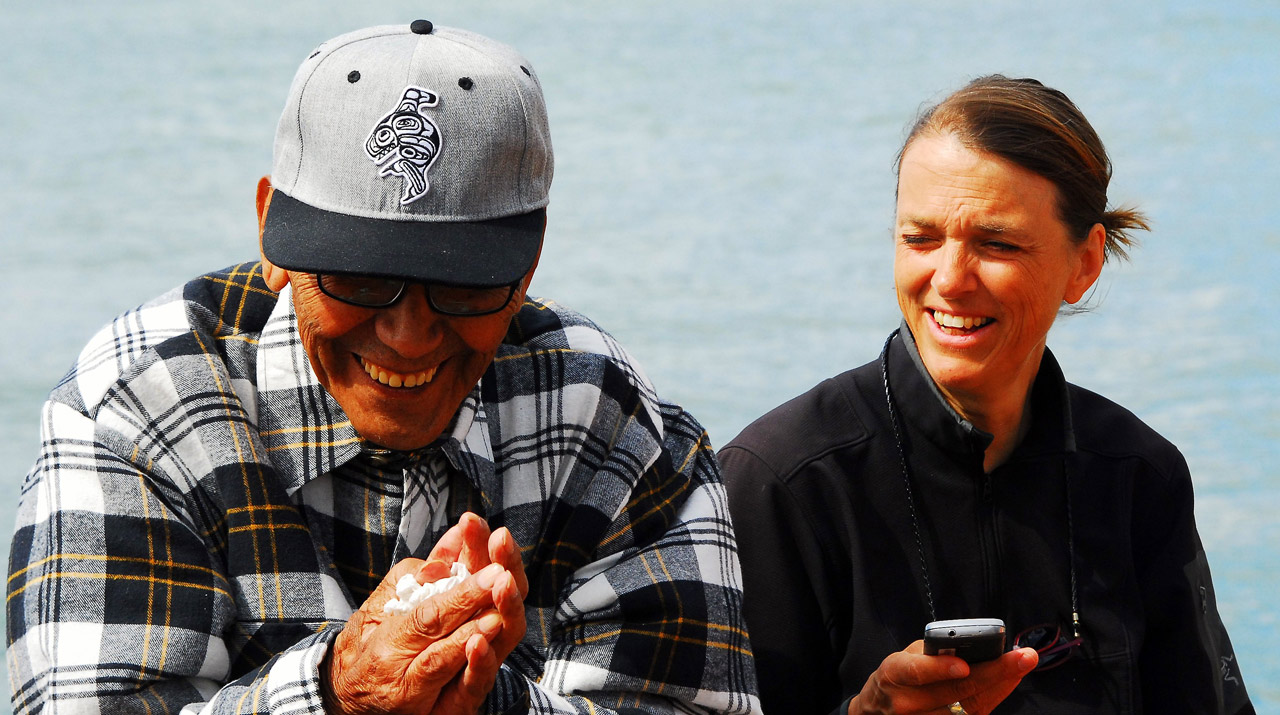 “My name is Wa’xaid,” he says, “given to me by my people. ‘Wa’ is ‘the river’, ‘Xaid’ is ‘good’ – good river. Sometimes the river is not good. I am a Xenaksiala, I am from the Killer Whale Clan. I would like to walk with you in Xenaksiala lands. Where I will take you is the place of my birth. They call it the Kitlope. It is called Xesdu’waxw (Huschduwaschdu) for ‘blue, milky, glacial water’. Our destination is what I would like to talk about, and a boat—I call it my magic canoe. It is a magical canoe because there is room for everyone who wants to come into it to paddle together. The currents against it are very strong but I believe we can reach that destination and this is the reason for our survival.”

In January, 2020, in Kitamaat, Cecil Paul became an honorary member in the College of Fellows of the Royal Canadian Geographic Society and received the Louie Kamookak Medal, named for an Inuit historian, for “having made Canada’s geography better known to Canadians and to the world.”

John Pollack, as governor of the RCGS read aloud a proclamation that praised Paul’s “extraordinary determination and his ability to build consensus that saved the Kitlope.”

The Rainforest Action Network named him a “hero of the planet” for his leadership in saving the Kitlope.