How a WW II refugee-turned female scientist in the Sixties became a billion-dollar biotech entrepreneur in the Nineties. 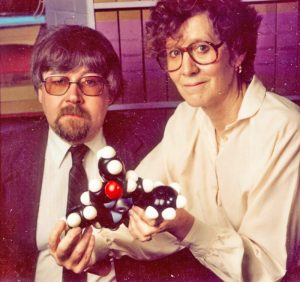 After earning a Ph.D. in England in 1958, Julia Levy returned to UBC to teach and work in her own lab where she excelled at research. It led Levy to later co-found one of B.C.’s most successful biotechnology companies. 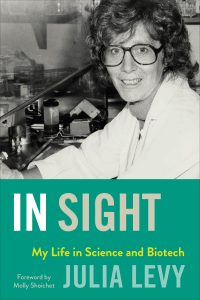 In 1950, while eating bagged lunches with high school girlfriends in Vancouver, Julia Levy (nee Coppens) secretly disagreed with their reasons for going to university.

In her memoir In Sight: My Life in Science and Biotech, (UTP $34.95), Levy recalls they mostly thought, “universities were where you met boys who were going to have successful careers.”

Levy made up her mind that she would seek a career herself. Even more of an oddnik, she chose science—a sector dominated almost entirely by men—and went on to co-found the B.C.-based biotechnology company, QLT Inc.

In a nutshell, at 23 she earned her PhD from University College of London; she taught microbiology and immunology at UBC; she joined with four UBC colleagues in 1980 to form QLT Inc., and became associated with its subsequent discoveries in the field of photodynamic therapy that led to the first approved medical treatment for age-related macular degeneration.

Having served as QLT’s chief scientific officer and later as chief executive officer, and gained financial as well as scientific success, Levy became an Officer of the Order of Canada and has received a number of honourary degrees.

“Her story would be just as fascinating if it were happening today,” says Molly Shoichet, University of Toronto science professor in her foreword to Levy’s book.

In her early childhood, Levy was raised in comfort in the Dutch East Indies (now Indonesia) where her Dutch father worked in a merchant bank. Her British-born mother had two maids, a cook and an amah to look after little Julia and her older sister. 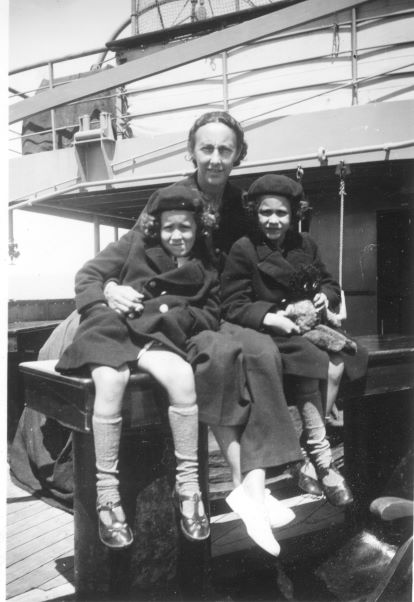 Then, on Levy’s sixth birthday in 1940, news came that Holland had surrendered to Germany. Levy’s father quickly sent his wife and two daughters to Canada. He was taken prisoner days later and spent the war in a Japanese prisoner of war camp—notorious for their horrendous conditions.

At the end of the war, when he rejoined his family in Vancouver, he was a broken man suffering from PTSD.

“Over the years, I’ve often thought about my mother in those first years we were in Canada,” Levy writes. “She was really on her own: a woman who had never worked or cooked a meal, nor expected to have to, with two small children in a strange country about which she knew next to nothing.

“When I talked to her about that time, she was always very Britishly matter-of-fact, her attitude being ‘you do what you have to and don’t go on about it.'”

Their future was completely uncertain. But Julia was a diligent student and achieved good grades in both English and Science. She is remembered by one of her classmates as being a nerd although she never wanted for friends. She also knew how to stick up for herself.

When Julia attended UBC, there were only five thousand students. “The labs, the hands-on part of science, thrilled me,” she says. “One of our first labs in bacteriology involved the simple exercise of swabbing various parts of our bodies (face, hands, hair, etc.) and then plating the swab onto agar to see how many different bacteria grew on the Petri dishes we were given. It was a simple demonstration of the ubiquity of microorganisms.”

Julia graduated with an honours BA in bacteriology and immunology. Newly married, she went with her husband to England. If there was a big break, it was probably applying for a job at The National Institute for Medical Research in a northern suburb of London, whereupon she was given a fellowship to do her doctorate. She was awarded her Ph.D in 1958.

While working at the Institute, she had the opportunity to meet several Nobel Prize-winning scientists, some of whom were women. “They were fierce and competitive,” she recalls. “They represented that early generation of pioneering women who persevered in getting scientific training in the 1920s and 30s and went on to have successful careers in research, our true role models.”

In 1959, Julia was drawn back to Vancouver when she was offered a job at UBC as an assistant professor with a salary of $4,800 per year. More importantly, she was also given her own lab and office to do research in immunology and microbiology.

In the 1960s, Julia befriended another research scientist named David Suzuki, who had “a vibrant lab of graduate students” and was “high-energy and a great organizer of group activities.”

By the late ’60s, Julia’s career was taking off. She was getting invitations to international science meetings. She also found time to remarry, to Ed Levy, and she had her third child. 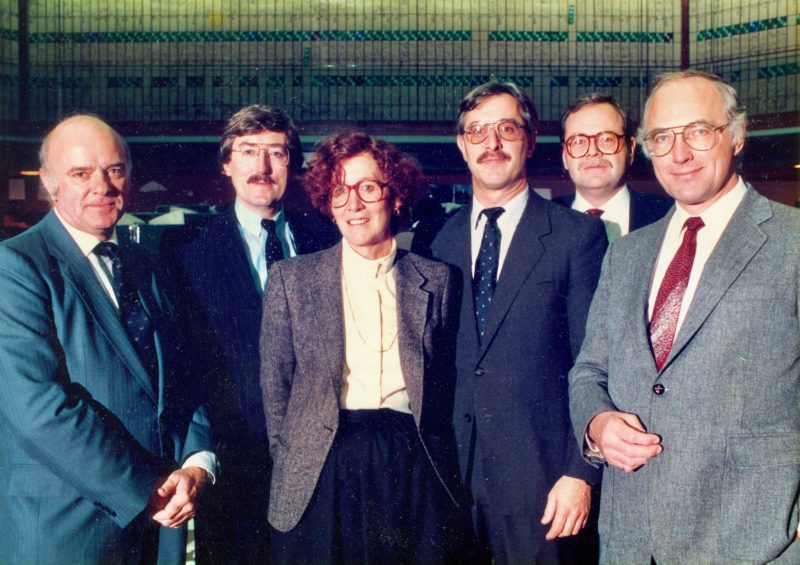 Julia Levy with other co-founders of QLT Inc.

In the ’70s, Julia began studying a new field involving light-activated drugs, called porphyrins, that showed early promise for treating cancers. It led her to co-found one of Canada’s nascent biotechnology companies, Quadra Logic Technologies, later shortened to QLT Inc. Their initial resolve was to work on cancer treatments.

QLT’s Photofrin drug was approved in 1993 in Canada and later in the United States for several types of cancer. But QLT remains more widely-known for discovering the first medical treatment of a leading cause of blindness among the elderly — macular degeneration — with the drug known as Visudyne.

It was the development of Visudyne that boosted QLT to a billion-dollar company.

Julia retired from the company in 2006 after having won many awards including the Helen Keller Award for Contributions to Vision and the Lifetime Achievement Award from the B.C. Biotechnology Association. 978-1-4785-0831-9 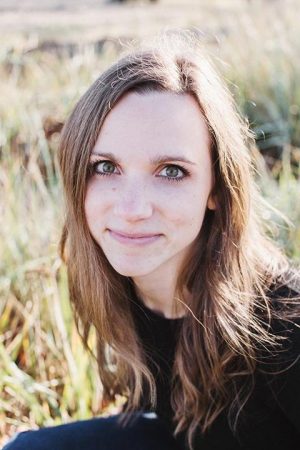 K is for Laesa Kim