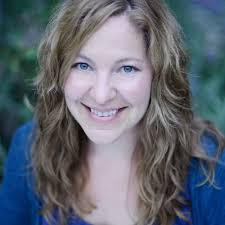 Publicity for the prize notes: “In its exploration of the lives of Eastern European women, Our Familiar Hunger tests and confirms the will, struggle and fortitude of generations of women, both contemporary and historical. The poems shift in time and place, moving from the Russian Revolution to Holodomor (the massive state-imposed famine in Ukraine) to early Ukrainian immigration to Canada and later, prisoner camps across Canada during the First World War. The collection explores different types of hunger — and what it means to be hungry, whether that be literal hunger for sustenance, sexual hunger and desire, or hunger for love. These poems are the fractured reality of trickle-down inheritance, studies of the epi-genetic grief we carry and the myriad ways our grief interferes with or interprets our best attempts.”

“I was overwhelmed at the honour of the Kobzar Award, in particular, because of what it represents,” said Rosnau. “Since being nominated, I’ve thought of how my Baba and Gedo would have been so delighted to have one of their grandchildren be recognized for work that reflects the Ukrainian Canadian experience. They were both immigrants from Ukraine who met and married in Canada. Their early years in Canada, in particular, could be called ones of struggle and hardship, and yet I also felt like they had so much — their lives were full of so much love, laughter, music, dancing, community, faith and family. I sobbed through my acceptance speech thinking of them, and their legacy of not only strength and resilience, but of humour, love, laughter, and music. Theirs is the story of so many immigrants to Canada, and I dedicate this Kobzar Award to them, Jospeh and Nelli Proch.”

Laisha Rosnau is the author of The Sudden Weight of Snow, which received an honourable mention for the Amazon/Books in Canada First Novel Award. Rosnau’s first collection of poetry, Notes on Leaving, won the 2005 Acorn-Plantos People’s Poetry Award. Her second, Lousy Explorers, was a finalist for the Pat Lowther Award for best book of poetry by a Canadian woman. Our Familiar Hunger was also the winner of the 2019 Dorothy Livesay Poetry Prize.

The Kobzar Book Award is presented biennially to Canadian authors who explore the Ukrainian Canadian experience in their work, whether that be literary non-fiction, poetry, young readers literature, play, screenplay or musical.