Out of Concealment: Female Supernatural Beings of Haida Gwaii

Editor’s Note: In Out of Concealment: Female Supernatural Beings of Haida Gwaii, Haida artist and activist Terri-Lynn Williams-Davidson encounters 33 supernatural beings of Haida mythology. “As a performing artist,” writes Wade Davis in his Foreword, “she takes on the persona of each spiritual entity, imagining and crafting their adornments, clothing and hair, magical wings and feathers, the eyes of the divine. Each new role implies an act of transformation, which she embraces and celebrates as an essential force in Haida life.”

Her aim is also political, according to Ormsby reviewer Gillian Crowther of Capilano University: “The Supernatural Beings call upon the strength of the past to look to a transformative future where balance is restored, reconciliation reached, and where respect animates relationships between people and the environment.” 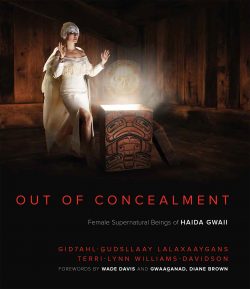 Pick-up Out of Concealment. Slowly flip through the pages. You will glimpse the enticing forms of many Supernatural Beings, beckoning to you. Linger awhile, look more closely, acknowledge their presence, and delve into their stories. This is an opportunity to cross metaphysical realms, learn from the past, and understand the continuing relevancy of Haida Supernatural Beings.

These Beings are credited with bringing answers and wisdom that can address our relationships with each other and with the land and its many species. This is a book that raises ontological questions and demands reflection. Gaze at the photographs and read the accompanying textual narratives. Pause and reflect and then look around:  you may catch some movement from the corner of your eye as a Supernatural Being crosses your path.

With the opening voices of anthropologist Wade Davis and Haida Elder Gwaaganad (Diane Brown), the contribution of Out of Concealment: Female Supernatural Beings of Haida Gwaii is established as an important acknowledgement of the legitimacy of Haida ways of knowing, their persistence through colonialism, and their significance for addressing contemporary circumstances. 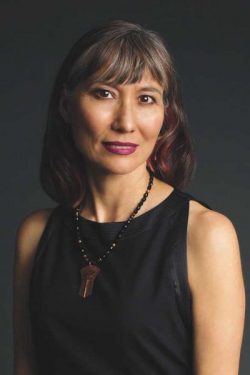 Out of Concealment is the work of a multitalented Haida woman, Terri-Lynn Williams-Davidson, who is also known for her music, art, writing, and legal career. It draws together living oral narratives — told and retold through Haida families, including Williams-Davidson’s own recollections — with the K’aanygang.nga (knowledge of long ago), which was also recorded in John R. Swanton’s early twentieth century ethnographic texts. The wealth of these stories about places, people, events, and the range of Supernatural Beings is apparent; and in keeping with traditional protocols of sharing, it is now made accessible to anyone who cares to linger, read, and reflect. Indeed, Williams-Davidson’s prose style captures the cadences and pauses of an oral narrative, including multiple short statements that present endless possibilities for diverse interpretations.

Just as oral narratives allow gathered listeners to find their own inferences, so this text presents creative possibilities for readers to derive their own significances. To aid this process of meaning-making, the book includes an account of Haida cosmological realms that helps the reader situate the 33 Supernatural Beings that are captured here in photographs.

The photos offer a visual narrative that renders oral narratives into flesh and blood, alive and waiting to be encountered. These high-quality and carefully composed images juxtapose Williams-Davidson’s embodied materialization of Supernatural Beings onto the landscape of Haida Gwaii and subtly incorporate the artwork of her husband, carver and printmaker Robert Davidson. 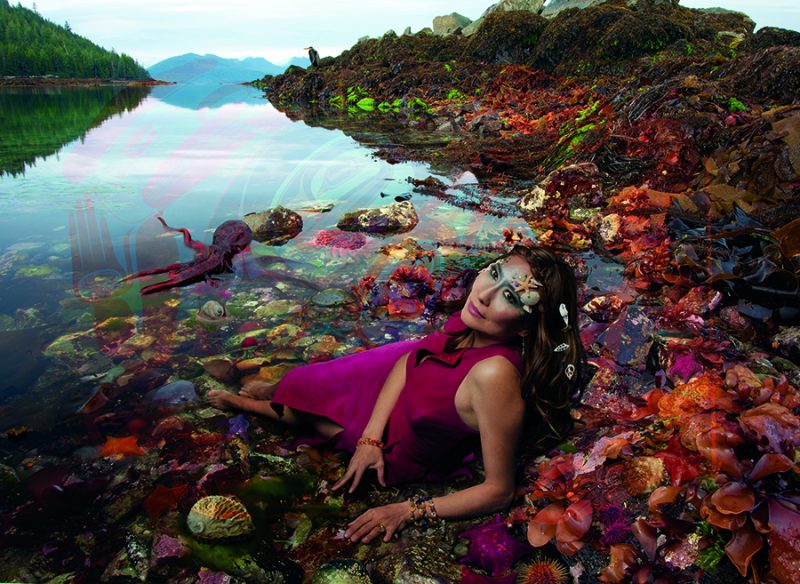 Each image commands attention. Low Tide Woman is a fine example. These are hyper-realistic photographs, conveying a metaphysical quality through the use of full colour, dramatic light, sumptuous haute couture, and artfully placed designs and objects. As candid shots of Supernatural Beings in their natural realms — Sky, Land, and Water — they have a camera-trap quality, as though framing an animal in its natural habitat. The Supernatural Beings are frozen, some caught in mid-transformation from person/being (or vice versa) and others luxuriating in their natural state.

These startling glimpses leave the viewer with the sense of sharing a moment that is rarely observed, let alone preserved for posterity. This is particularly apparent in the photographs accompanying the portrait of Xuu.ajii Jaad, Grizzly Bear woman, who is emerging from her den with her twin cubs following; and in another portrait shot, her powerful eye-contact makes it hard to look away. This image, Williams-Davidson notes, is “authentically reimagining” a version of an Edward Curtis head and shoulder photograph with the aim of “reclaiming the identity and representation of indigenous women” (p. 57). 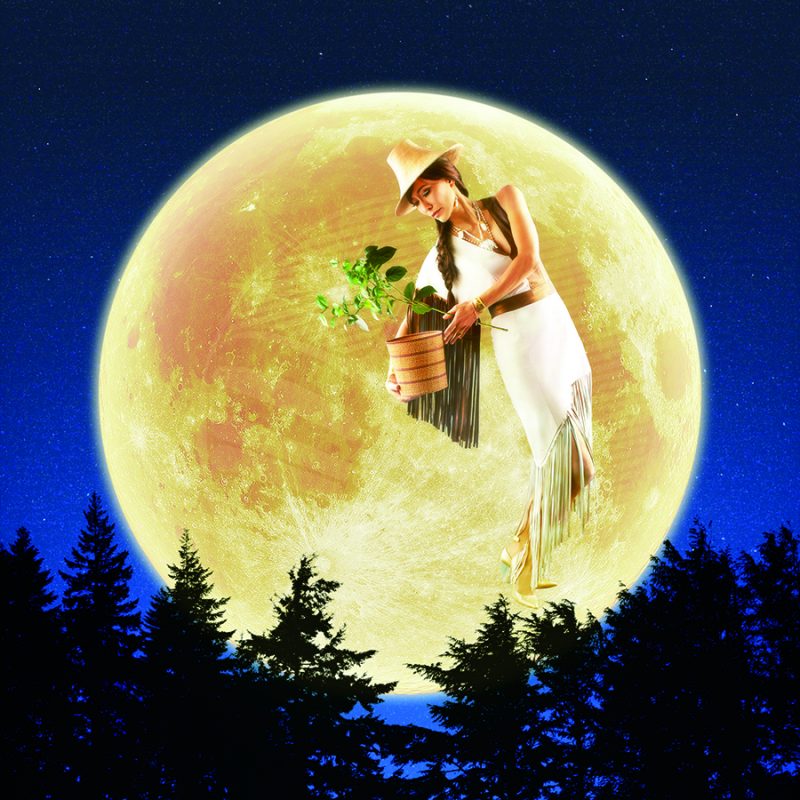 Lady in the Moon

In her artist’s statement, Williams-Davidson explains how the photographs depict the characteristics of each Supernatural Being and begin to bring each “out into the open” — out of concealment, making them visible to humans. The photographs once again allow the Supernatural Beings to be acknowledged and offered respect. These images seek to confirm the oral narratives’ accounts of Supernatural Beings as they adorn themselves, ready to encounter humans and revive the possibility that they may be glimpsed by the lucky few.

Out of Concealment is more than a collection of dramatic photographs. It is a detailed telling of living oral narratives, passed on from one generation to another, that still connect multiple generations of people with the Supernatural Beings who helped shaped Haida existence. The book concerns the continuity of Haida understandings of the relationships between people, the environment, and the supernatural. It is also about change, since each Supernatural Being chosen by Williams-Davidson offers a message relevant to contemporary issues.

For instance, Williams-Davidson’s telling and visualization of Wiid Jaada (Swainson’s Thrush Woman) materialize her deep in the forest amongst the salmonberry thickets, where she is heard more often than seen. As with all the Supernatural Beings, we are reminded of her wisdom and offered a message to reflect on and incorporate into our behaviour. Wiid’s voice, the fluting crescendo song, reinforces the continuity of nature’s cycles and reminds “us of the power of our words [and] teaches us that what we say affects outcomes, and therefore we should be careful with our words” (p. 41). 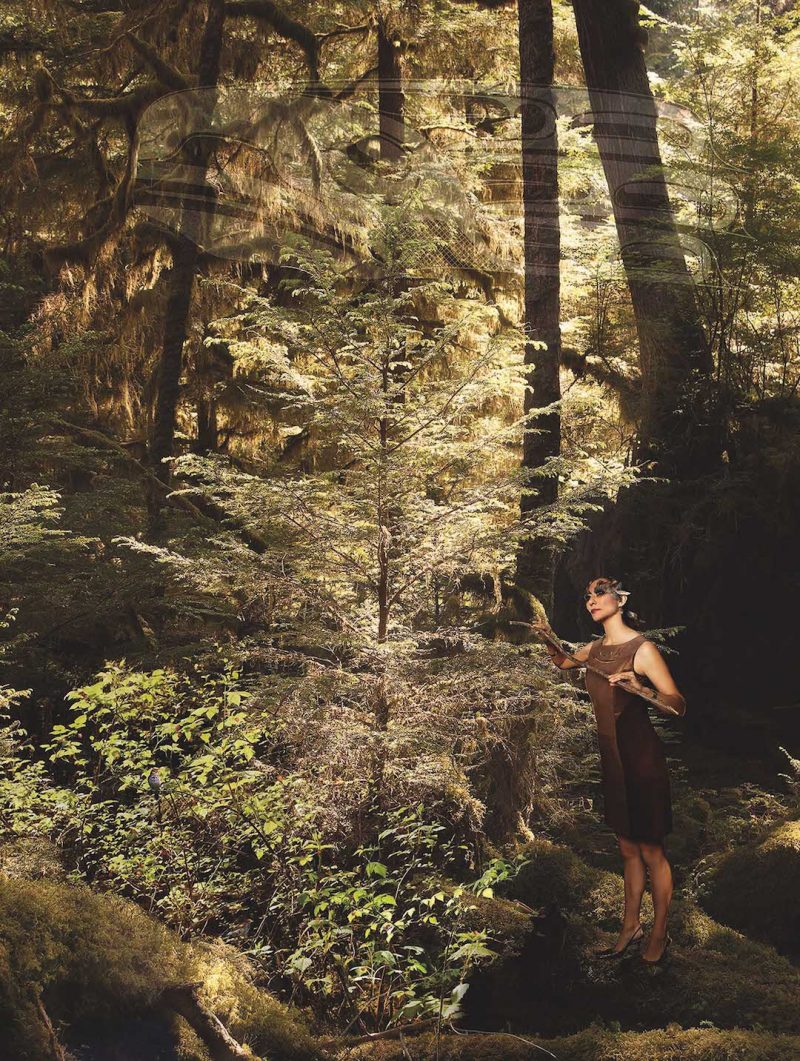 In a conscious effort to share the relevancy of Haida traditional concepts for developing a sustainable relationship with the environment, and bringing reconciliation in the wake of colonialism, the final chapter explores the current challenges that are in need of supernatural intervention.

For example, Taw Xaasdll Jaad, Oil Spill Woman, is a newly imagined Supernatural Being, called forth into a blackened ocean, surrounded by flailing oiled birds and beached seals. The Supernatural Beings call upon the strength of the past to look to a transformative future where balance is restored, reconciliation reached, and where respect animates relationships between people and the environment. 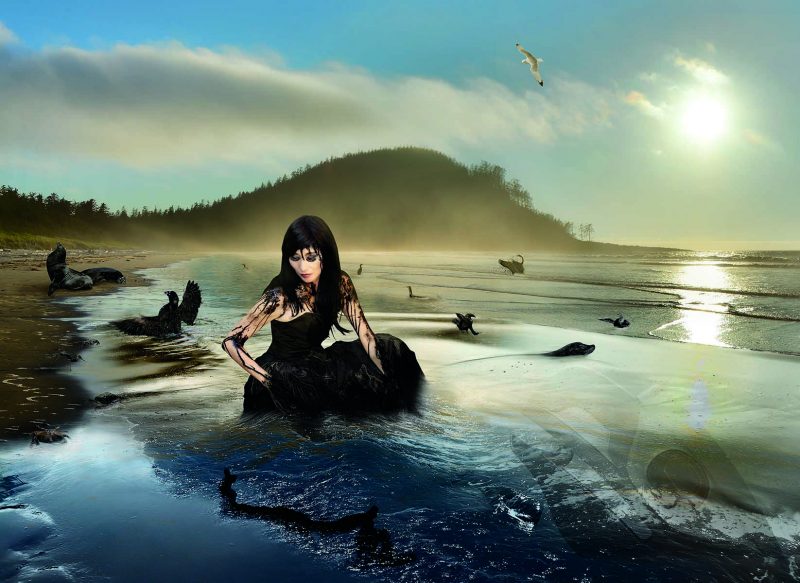 Out of Concealment is a vehicle for relearning, remembering, and looking for the intervention of Supernatural Beings in the everyday lives of the Haida. It is also a reminder for non-Indigenous readers that there are many ways-of-being-in-the world. It brings oral traditions to life and makes Supernatural Beings accessible and relevant for future generations. 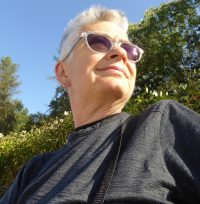 Gillian Crowther teaches social anthropology at Capilano University, North Vancouver. She worked in Massett, Haida Gwaii, in the late 1980s, where she was taught many things by her generous hosts, including that she had glimpsed a transformed land otter. She is the author of Eating Culture: An Anthropological Guide to Food, published by University of Toronto Press in 2013. 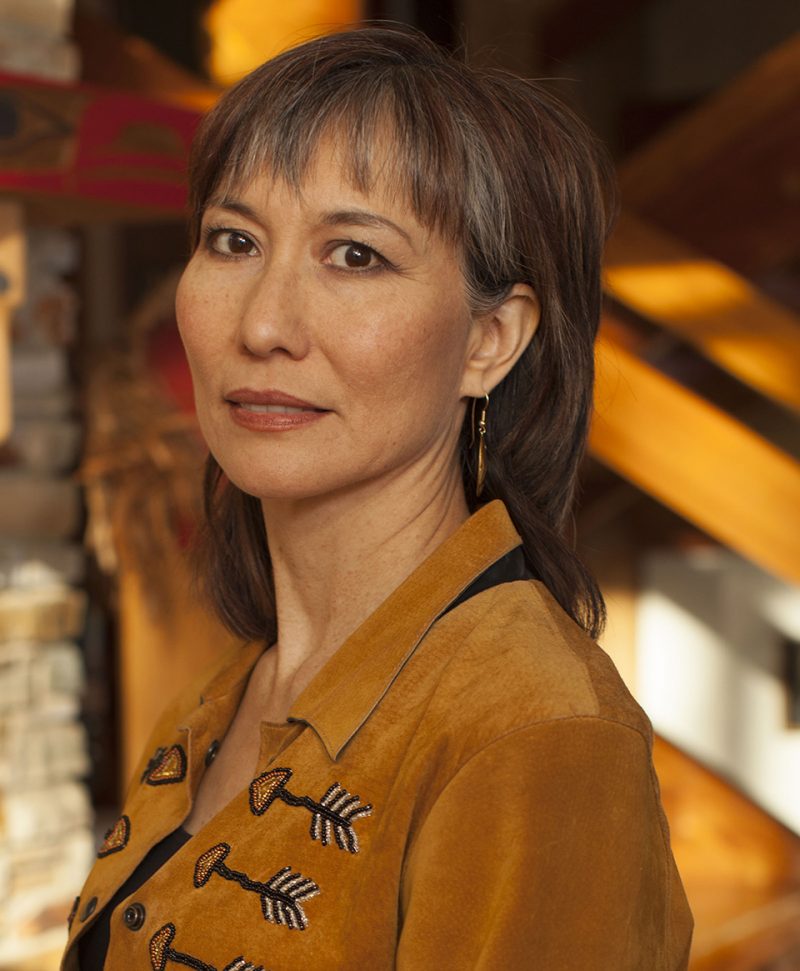 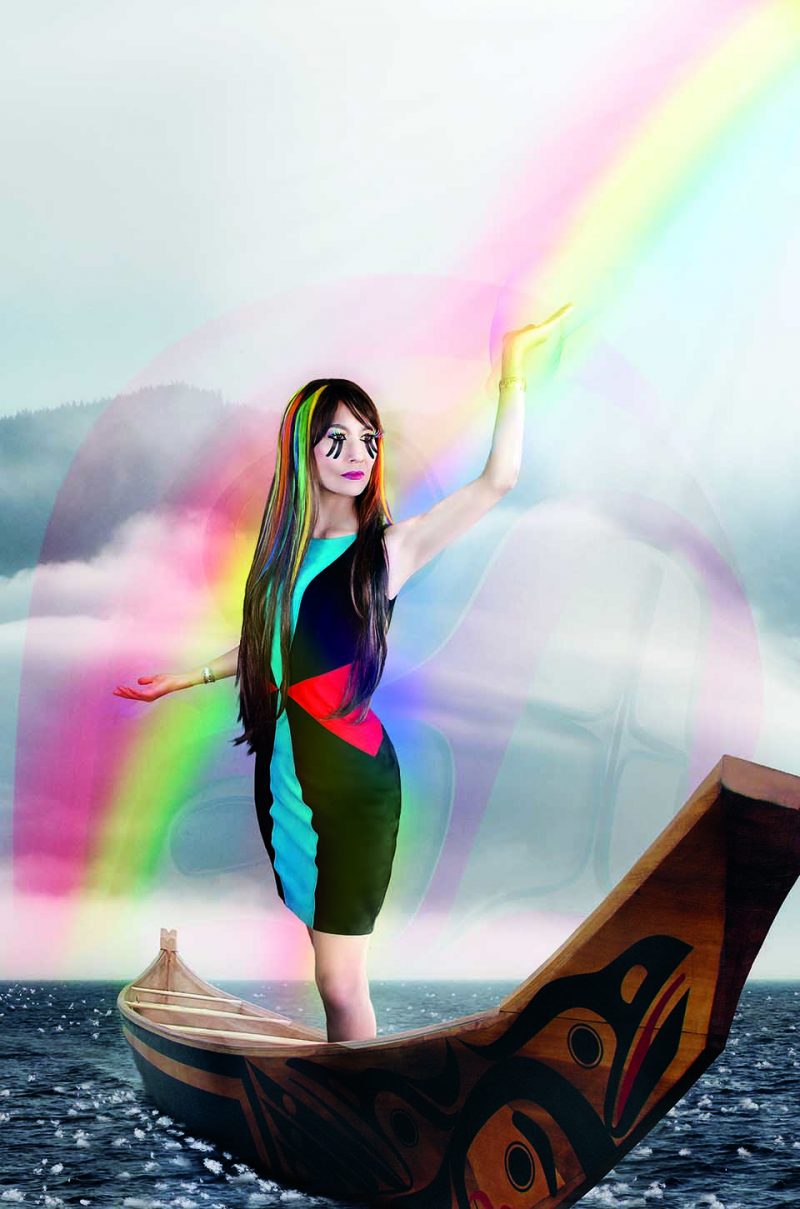