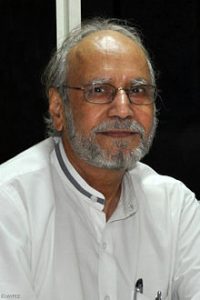 Punjabi-born Ajmer Rode is a founding member of several Indo-Canadian literary and performing arts associations. He has written, directed and acted in plays of Punjabi theatre, and has published books in India and Canada, in Punjabi and English.  He is regarded as the founder of Punjabi theatre in Canada. He has also attracted attention in the U.S. with his poem Stroll in a Particle, which is one of the eight international poems inscribed on a public wall outside the Bill & Melinda Gates Foundation building in Seattle. His collection of poetry, Poems at My Doorstep originally published in 1990 has been re-issued by Ekstasis this year. $23.95 ISBN 978-1-77171-233-0