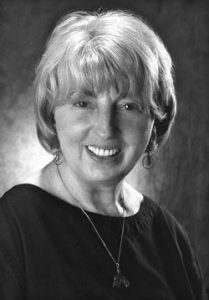 by Beverly Cramp and Starla Anderson*

Born in 1938 in Aylsham, Saskatchewan, Karlene Faith co-founded the revolutionary Santa Cruz Women’s Prison Project in 1972. She earned her Ph.D. in the History of Consciousness at the University of California and came to B.C. in 1982. She died on May 15, 2017 after an aortic aneurysm within twenty-four hours of her first symptoms, only three weeks after she had celebrated her 79th birthday. An advocacy worker with women in prison and an SFU criminologist, Faith gathered information firsthand for Unruly Women: The Politics of Confinement and Resistance (Press Gang Publishers, 1993) which won the VanCity Women’s Book Prize in 1994.

“Between the 15th and 18th centuries,” she wrote, “untold numbers of women were executed for copulating with the Devil. Fear of undisciplined female sexuality has resulted in increasing social control, from the crime of prostitution to the Victorian ideology of the nuclear family and the pre-menstrual syndrome of the 20th century.” She concludes that most women criminals started out as victims of violence. When Press Gang Publishers went into limbo, so did the book, until it was republished in a new edition, with a new preface, by Seven Stories Press in New York, in 2011. Unruly Women is presently used in criminology courses across North America.

Karlene Faith’s Madonna: Bawdy & Soul (University of Toronto Press, 1997) is a celebration and critical analysis of the pop culture icon, sex symbol and shrewd career woman from a feminist perspective. The study includes listings of songs, videos, tours, films, stage roles and internet sites. In The Long Prison Journey of Leslie Van Houten: Life Beyond the Cult (Northeastern University Press, 2001), Faith defends Leslie Van Houten, possibly the least guilty and most rehabilitated of the three girls involved in Charles Manson’s two-day murder spree, known as ‘Helter Skelter’. Van Houten, Susan Atkins, and Patricia Krenwinkel were sentenced to death for their roles in the seven killings. Faith met Van Houten in 1972, the year in which the “Manson girls’” death sentences were commuted. The warden at the California Institute for Women had asked Faith to expand her teaching duties to include the ‘Manson girls’, who were being housed in a separate unit designed for those awaiting execution. Since the California Supreme Court had abolished the death penalty, the three young women faced life imprisonment. The warden thought they should have the opportunity to take classes like the rest of the prison population. Faith describes Van Houten’s descent from the middle class to ‘Manson’s Family’, finally suggesting that it is time for Van Houten to be paroled. A recent photo of Karlene on her West End apartment balcony. She loved the sweeping views of Kitsilano and English Bay.

Karlene’s activism around women’s issues continued when she came to Vancouver to work at Simon Fraser University in 1982, first as the program director for the School of Criminology’s Centre for Distance Education, and later as a professor with a cross appointment in Criminology and Women’s Studies. But Karlene identified foremost as an activist and she became well known within the Vancouver women’s community for her support of, and work with such organizations as Strength in Sisterhood (SIS), Direct Action Against Refugee Exploitation (DAARE), Joint Effort, organizers of the Annual August 10 Prison Justice Day, and Bold Old (er) Lesbian Dykes (BOLD).  BOLD is posthumously awarding Karlene with the 2017 BOLD Woman of the Year Award during their August Conference in Vancouver.

In childhood, Karlene moved from one small prairie town to another as her father, a United Church minister, followed his callings. Her parents passed on a love of reading and writing, and despite growing up in a family of six children with limited finances, Karlene learned to have compassion for those less fortunate. Even though finances were scarce, piano lessons and books were always staples; Karlene spent little time at home when she wasn’t either playing the piano or reading a book.

Karlene married in 1957 before she completed her first year at Rocky Mountain College in Billings, Montana. Her husband was a high school teacher and athletic coach who moved around a number of small mid-western towns before relocating to California where he had family. After the birth of their third child, the family ventured off to Germany, France, and Eritrea (formerly Ethiopia) where Karlene’s husband taught on U.S. Military bases. In Eritrea, Karlene gave birth to her fourth child but with childcare help from a local woman, she had an opportunity to work with the Peace Corps. This work with bright young university graduates motivated Karlene to go back to school to complete the degree she had been abandoned eight years earlier.

The family moved back to California in 1966 with Karlene’s sights set on registering at UCSC where she succeeded in completing an Honors B.A. in Anthropology. With help from her parents, her honors essay research was conducted with the Rastafarians in Jamaica where her dad was now teaching at Mandeville Teachers College.

After completing her first degree, the university encouraged her to go into a doctoral program and she was awarded a Danforth Fellowship that enabled her to do this. Karlene began her prisoner advocacy work when she was a Ph.D. student in the History of Consciousness program at the University of California in Santa Cruz (UCSC). Within this program she participated in a project that gave students opportunities to teach courses at Soledad Prison—an experience that shaped her book, Soledad: University of the Poor (Science and Behavior Books: 1975).  Subsequently, Karlene and others founded the Santa Cruz Women’s Prison Project at the California Institute for Women (CIW) during the latter half of the 1970s.

By the time Karlene completed her doctorate in 1981, she was divorced and living with her youngest child; her older children were independent by this time. In 1982, Karlene began her work at Simon Fraser University (SFU).

Karlene was considered one of Canada’s leading sociologists on women and prison. She received a Lifetime Achievement award from the American Society of Criminology in 2001 and the Dean of Arts medal from SFU in 2002. She retired as a professor emerita in 2002.

On the front page of Karlene’s memorial service program is a poetic mantra she wrote that guided her throughout her adult life and which she shared with others to motivate them to be activists:

Find something that you love to do.
Learn to do it well.
And do it in the service of the people.

*Starla Anderson is one of Karlene Faith’s surviving sisters. 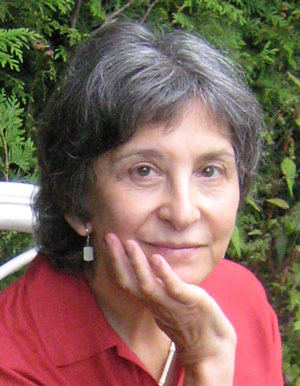