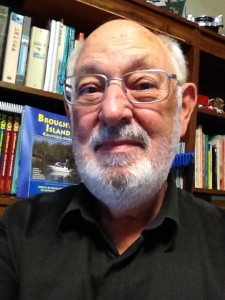 For his tenth title since his classic West Coast maritime title Antiques Afloat in 1988, case Peter Vassilopoulos has altered course from books meant primarily for pleasure boaters and released his first title in a new series for tourists, discount Cruising the Inside Passage: Puget Sound to Alaska (Pacific Marine Publishing / Heritage $39.95). Although that word cruising remains in the title, the founding publisher of Diver Magazine has gathered his photos from approximately 150 coastal trips over 40 years for his first coffee table book to appeal to all Pacific Northwest travellers by boat, ferry, cruise ship or “pocket cruises” (ie charters). Replete with some of his aerial photos, it is meant to be a souvenir book that gives visitors a collection of sights (and sites) they have seen “as well as those they have missed that may prompt them to return.” Photos are mainly accompanied by cutlines or lengthy captions, so the emphasis is pictorial. The 274-page book is printed on a lighter paper and has a fairly flexible cover. This was done to achieve a lighter weight for carrying or shipping. Some of the places depicted in the book are accessible by road and there are instructions for Skagway excursions by land. Already in the works are similar books for the West Coast of Vancouver Island and Haida Gwaii. 978-0-919317-50-5